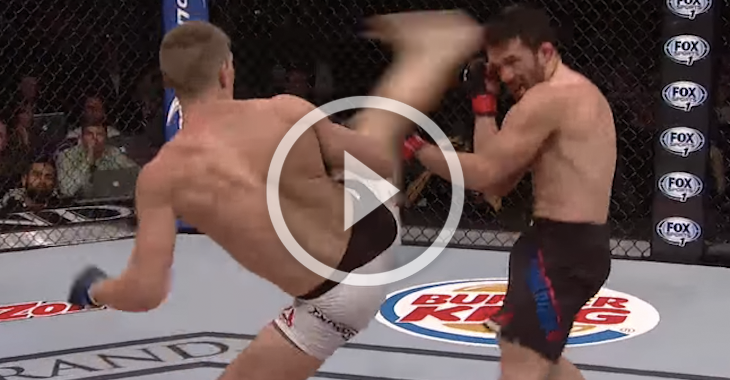 Stephen Thompson’s stock must have risen tenfold after the conclusion of “TUF 21: ATT vs. Blackzilians'” finale. Jake Ellenberger tried his hardest to stay away from “Wonderboy’s” kicks, but he took two spinning shots to the head that led to the end of the fight. Catch the replay above!