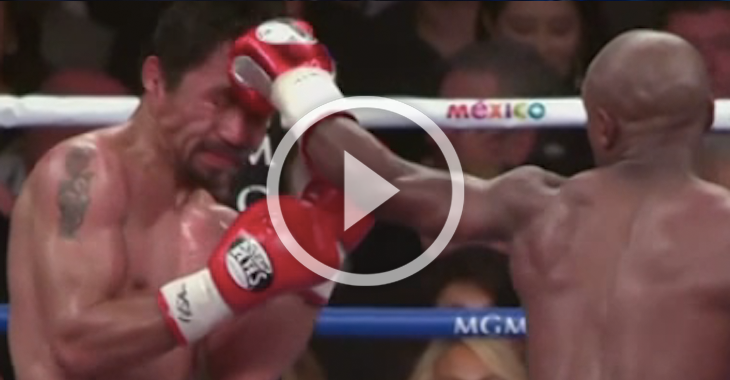 Floyd Mayweather may not have performed like the fans in Las Vegas, Nevada wanted him to, but he sure got the result he was looking for: the victory.

Even though Pacquiao had a better highlight reel of shots landed, Mayweather’s performance spoke for itself. Sometimes, defense is the best offense. Pacquiao tried his best to corner him, but Mayweather was forcing Pacquiao to fight HIS fight.

Mayweather’s best combination took place later in the bout and gave Pacquiao something to think about whenever he hesitated from that point on. Check out the video below courtesy of Zombie Prophet!