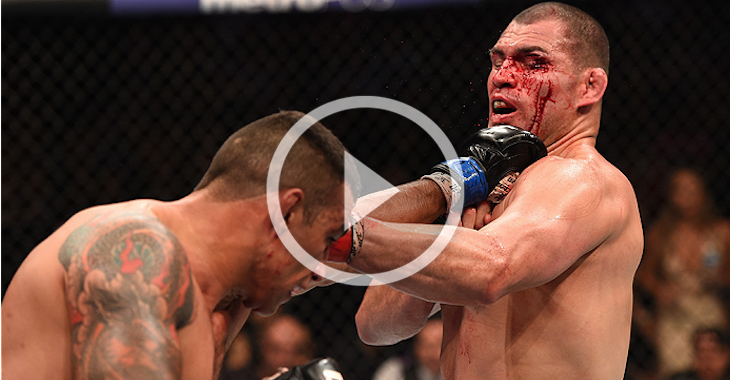 Fabricio Werdum shocked the world on Saturday night at UFC 188 when he dethroned Cain Velasquez for the UFC Heavyweight Championship. Velasquez had a strong showing in the opening round, but fatigue started to become a factor for the former champion in the second round. Werdum started to take the driver’s seat in the second and ultimately forced Velasquez to submit after he walked into a guillotine in the third round. Check out the highlights above!