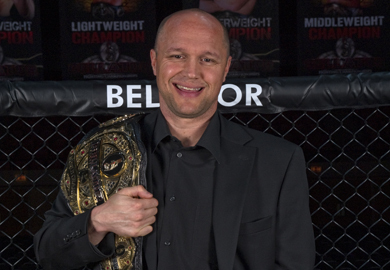 Yesterday afternoon we released a statement from Miesha Tate firing off at the Bellator promotion for putting their female champ on the undercard of this Friday’s event.

The Bellator boss, Bjorn Rebney, responded through MMA Fighting shortly after and here it is:

“Zoila’s been plagued by injury after injury over the last 19 months, having not fought since March, 2011. We felt that the best road back for her did not include rushing her into a major fight against one of the top-ranked women in the world. This is not a world title fight as it’s made significantly north of the 115 weight limit where she holds our title. Depending on how Zoila feels and performs on Friday, we can then determine the next appropriate step back.”