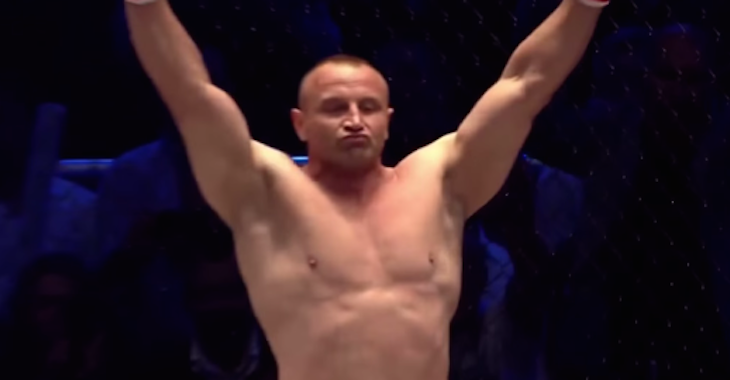 Strongman Mariusz Pudzianowski is set to make his mixed martial arts return at the “KSW: Road to Wemblay” card in October. Pudzianowski is coming off a dominant victory over Rolles Gracie Jr. from May and will be looking to extend his winning streak to five when he steps into the cage with fellow heavyweight Peter Graham.

Pudzianowski has won several strongman competitions including five World’s Strongest Man gold medals. “Pudz” made his MMA debut in 2009 and since then has defeated the likes of Bob Sapp, Sean McCorkle and Tim Sylvia. While that list is far from a who’s who of the heavyweight division, it’s still impressive for a strong-man turned fighter.