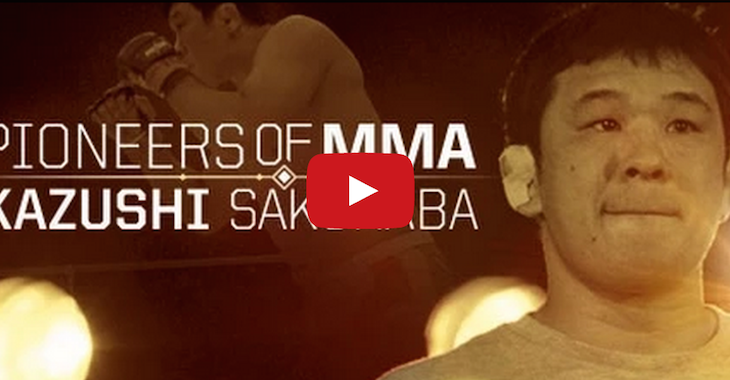 Considered by UFC President Dana White to be one of the greatest talents of all time, the legend of Kazushi Sakuraba began at UFC Ultimate Japan in 1997, where the 183 lbs puroresu (traditional Japanese pro-wrestler) entered the heavyweight tournament on short notice only to win the four man event outright. Fighting almost exclusively in Japan and the PRIDE FC organization, “Saku” became a national icon by defeating six UFC champions and routing the legendary Gracie family. Featuring exclusive interviews and rare archival footage, this FIGHT PASS Original is the definitive retrospective of Sakuraba, Japan’s most celebrated mixed martial artist.