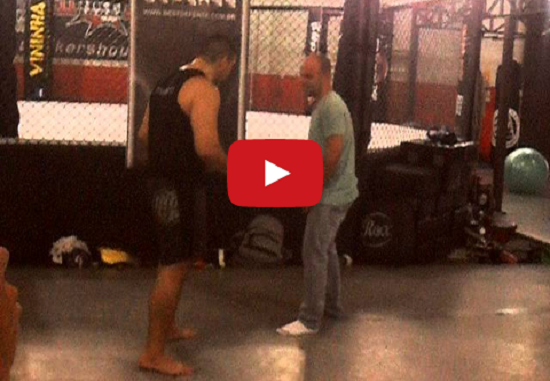 Pedro Rizzo earned himself the reputation of having the most brutal leg kicks during his time as a fighter. Now the coach of Jose Aldo, Rizzo still has what it takes to not only crush a man with a leg kick, but also send him flying into the air doing a 360, as seen in this video.