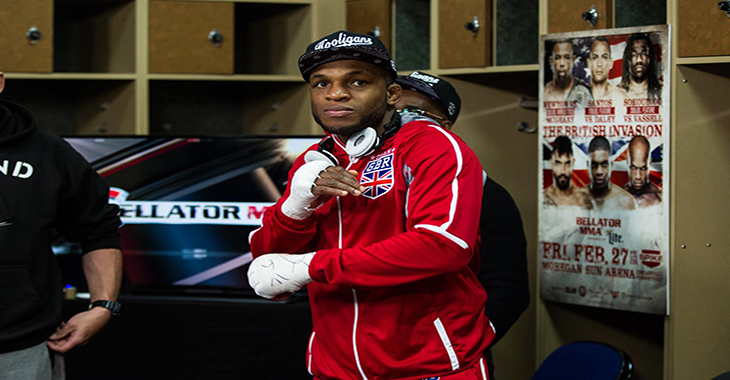 Paul Daley sat down with BJPENN.COM’s Jon Kirschner and shared his thoughts on his time in Bellator so far and when he will square off with welterweight champion Douglas Lima.

After making the rounds of smaller organizations around the world, Paul Daley has found a new home in Bellator.

Daley’s return fight to the Bellator cage was supposed to be against Bellator Welterweight Champion Douglas Lima, however, Lima was forced to pull out of the fight due to an injury. Instead, Daley fought Andre Santos and won by way of unanimous decision.

When asked if he was frustrated that he was fighting Andre Santos instead of Douglas Lima, Daley responded that he was simply happy to be competing that night. “I was just happy to fight— to not fight would’ve really pissed me off.”

Daley has never been the type to sit idly by and wait for someone to heal up so he can fight them; he wants to stay busy whether it’s in Bellator or kickboxing. He’s been asking Bellator officials for a fight at Bellator 138 in June, but it may not work out. “Yeah I’ve been talking to the people at Bellator. I requested the 138 card, but it looks like this might not happen. No fights have been offered yet, but I have my eye on a few fighters who I think may be on the road to the championship.”

Who would you like to see Paul Daley fight in his next Bellator bout? Tell us your ideas in the comment section below!