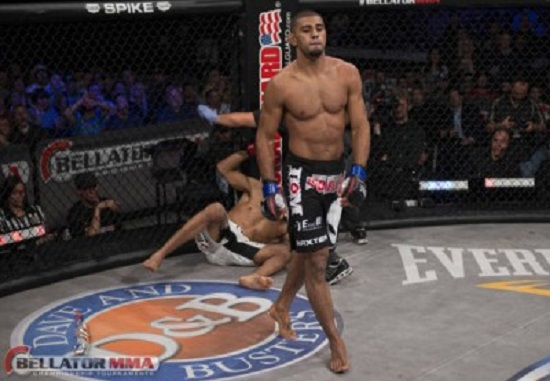 Paul ‘Semtex’ Daley has earned the reputation as one of the most impressive finishers in MMA. With 26 KO’s in 35 professional career wins, Daley is as lethal as they come.

Bellator MMA welterweight champion Douglas Lima is no stranger to earning knockout wins either. Lima has 12 knockouts in 26 career wins, making him equally as deadly.

When the two square off on February 27th, Lima says he won’t shy away from trading punches with Daley.

“Daley is a bigger name and has fought in many big promotions, so a win over him would be great for me. He has fought some of the best fighters in the world in MMA and also at K-1. I’m excited, can’t wait to finally fight him.”

“I want to test myself against the best. I believe I can defeat anyone in my weight class. I want the world to recognize my work and what I can do, and everybody will recognize that after this fight.”

“I’m bigger than many fighters in my division, but I don’t see that as an advantage. I don’t think five or 10 pounds makes much of a difference. We’ll see. But if we go to the ground and I’m on top, he’ll feel my weight. I think my jiu-jitsu is better (than his), but I believe a lot in my striking game. I hit hard, and he will go down if I land a good shot. I want to trade punches with him.”