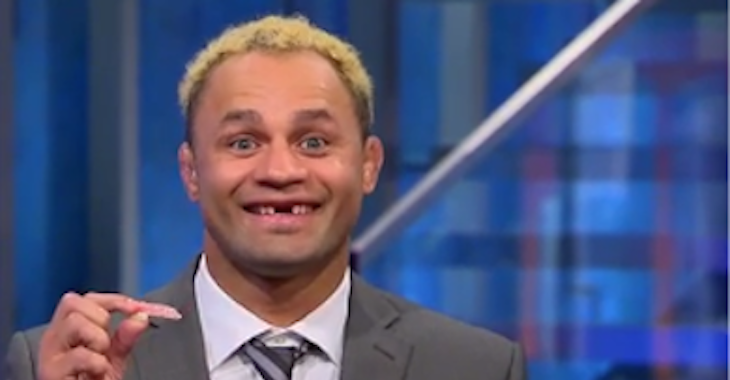 Josh Koscheck and Paul Daley met in the co main-event of UFC 113 in 2010 in what could be viewed as one of the most controversial fights in the company’s history. The drama did not take place DURING the fight, but rather after the final horn had sounded.

Koscheck wrestled his way to a victory and undoubtedly trash talked for fifteen minutes. When Daley made his way to his feet, he socked Koscheck after the fight and was barred from the UFC as a result of it. Years later, both fighters are now in Bellator and Koscheck wants a rematch.

“I kicked his a** for three rounds and he couldn’t even touch me in the fight, so he has to try to sucker punch me after the fight,” Koscheck told MMA Junkie. “I remember at one point we were talking and he was telling me, ‘Let me up and fight me like a man.’ I said, ‘Let you up, you p***y? Get up.’ I kept telling him to get up, that little b***h. I can’t wait to do it again.”

“Josh Koscheck vs. Paul Daley 2 is going to be awesome; it’s going to break records, I can promise you that,” Koscheck said. “From here on out, refer to Paul Daley as ‘P***y Boy.’”

Koscheck is hoping his switch to Bellator will bring new life to his mixed martial arts career. He may be on a five fight losing streak, but he feels as if he is on a clean slate walking into Bellator. “This is basically a new career for Josh Koscheck; everyone knows me as a UFC fighter and they were all shocked that I signed with Bellator,” Koscheck expressed. “At the end of the day, I’m 0-0 again. This is going to be my first fight. New chapter in my life and I’m going to go into Bellator like I’m 0-0 and get a new opportunity on life inside the cage.”