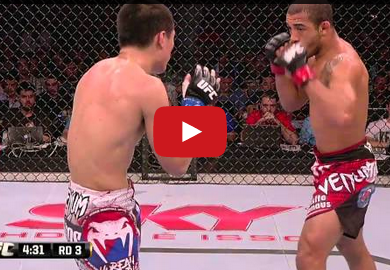 To get fight fans ready for UFC 179: Aldo vs. Mendes II, take a look back at UFC 163 where Jose Aldo defeated Chan Sung Jung.

If Jose Aldo defeats Chad Mendes, Conor McGregor will likely get the next title shot according to UFC President Dana White. If you want to see that bout you can check out a preview video for it HERE.