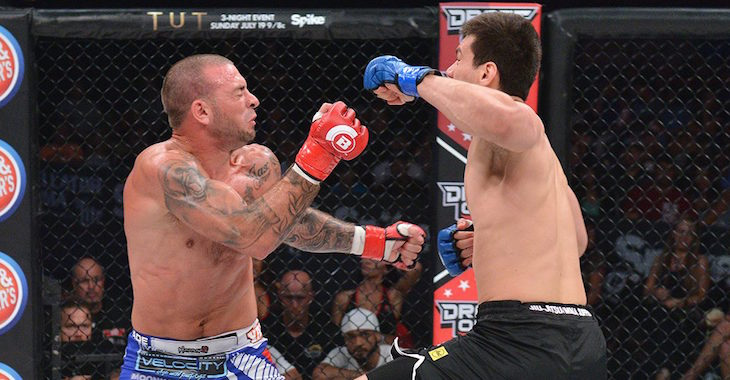 Joe Schilling stepped into the cage on Friday night at Bellator 139 ready to give the fans a highlight-reel worthy knockout. He fulfilled that goal… just now how he wanted to.

Hisaki Kato put Schilling to sleep with a brutal superman punch less than a minute into the second round. Schilling saw the strike coming, but it was too late. The knockout could go down as one of Bellator’s greatest.

Super athlete Schilling may be one of the hottest things in kickboxing, but he is still fairly new to mixed martial arts. Being fantastic in one combat sport doesn’t always mean you’ll be successful in the next, and Schilling understands it may take time for him to get up to par.

“Just want to let everyone know I’m completely fine,” Schilling informed his fans on Facebook. “No injuries he caught me clean with a good shot. This is the game I chose to play it’s not always sunshine and rainbows but there is no other life I’d ever want to live. Those of you that know me already know what happens next from here. Thank you for the well wishes.”

Do you want to see Schilling come back to MMA, or should he concentrate on kickboxing? Share your thoughts in the comment section below!