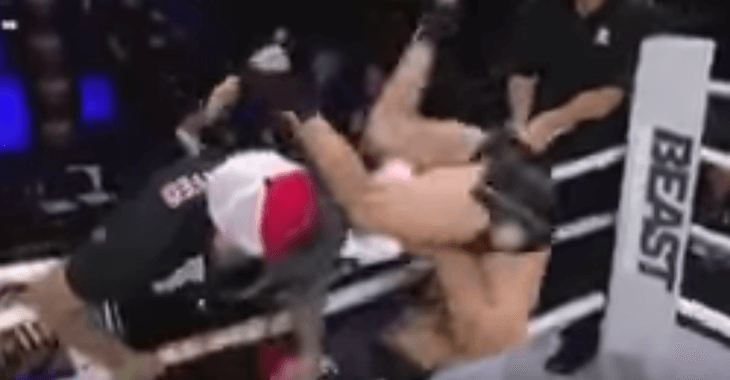 There are moments in fighters’ careers that they will always remember. For kickboxers, it could be anything from signing with your first major organization to making your walk down to the ring in your first major fight in front of a major audience. Jose Palacios would like a second chance to make a first impression, however, as he will be remembered for busting his a** on his way to the ring in his second GLORY bout.

Fans will remember his impressive performance at “DYNAMITE”, though, as he eventually pulled off a decision victory.

Unless you are over 6’6″, leave stepping over the ropes to the professional wrestlers.