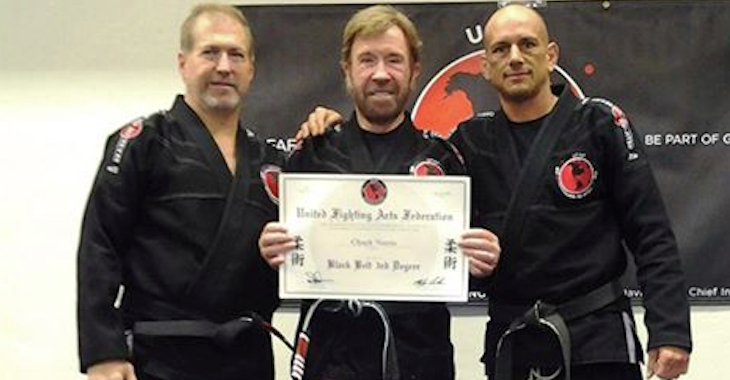 If one were to sift through all of the corny Chuck Norris jokes people create on the internet and special effects from his crazy movies, they would find out that Chuck Norris truly is one of the baddest men on the planet.

Norris holds black belts in six different disciplines, but most recently received a promotion in the discipline of Brazilian Jiu Jitsu.

Norris shared that he received his third degree black belt with the influence of Professor Jean Jacques Machado and Professor David Dunn. People are usually quick to point out that celebrities receive belts much like cops get free cups of coffee, but his instructor Jean Jacques Machado is as real as they come. Machado was taught by Carlos Gracie and has guided the likes of Eddie Bravo to black belts of their own.

Now, Chuck Norris joins an elite group of men with his third degree black belt. See what Norris had to say about his promotion below!

Today was very special for me. After 30 years of Brazilian Jiu Jitsu training, with the endorsement of Professor Jean…