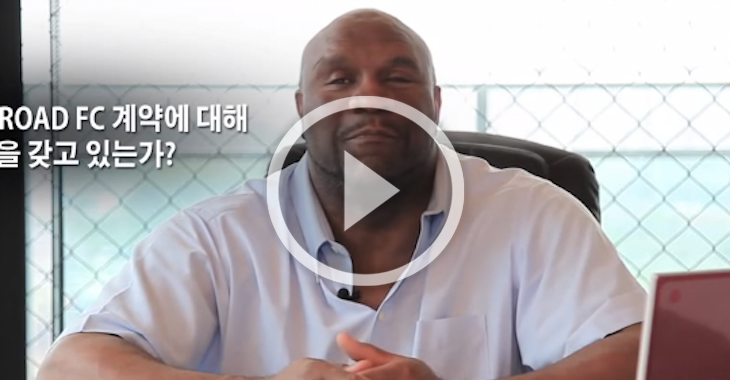 Road FC Vice President Bob Sapp is looking to make his promotion the top in the sport. With UFC on FOX and Bellator on Spike, Sapp has some catching up to do.

Sapp is looking to boost brand awareness by possibly returning to action to face Hong Man Choi in a rematch! They first met in the K-1 World Grand Prix in 2005. Choi came out on top after a sluggish, tiring match.

Would you like to see these two veterans duke it out again?