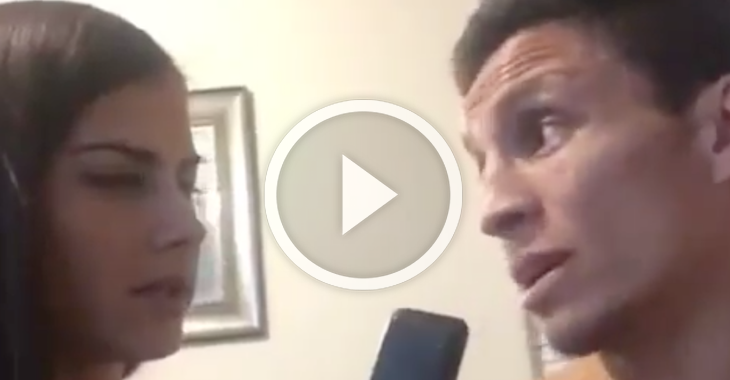 UFC fighter Joseph Benavidez and UFC personality Megan Olivi just made one of the best Dubsmash videos out there! Check it out below!

Hey guys…So I had a very serious injury going into my fight at #UFC187 hear me explain to @meganolivi pic.twitter.com/sM9u2FbanC