Bellator has parted ways with a total of nine fighters including notable MMA veterans Roger Huerta and Brandon Girtz.

Promotional officials told MMAJunkie on Monday that Bellator had released nine athletes from their current roster.

Among those to receive their walking papers was former UFC standout Roger Huerta (24-13-1 MMA). ‘El Matatdor’ had made his return to Bellator in April of 2018, where he suffered a submission loss to Benson Henderson. Roger’s most recent loss to Chris Gonzalez marked his fourth straight since rejoining the promotion, so his release does not come as a huge shock. 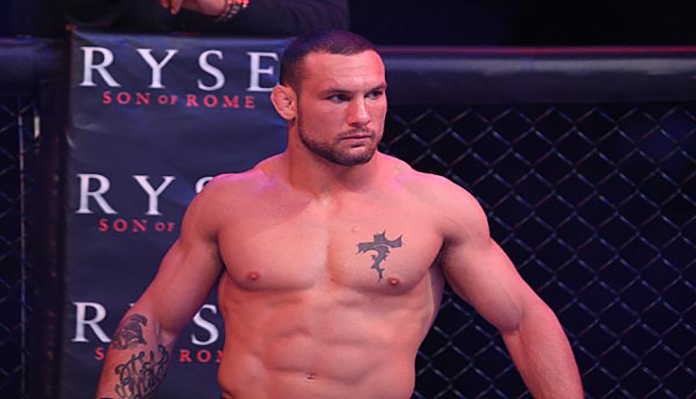 Lightweight standout Brandon Girtz (16-10 MMA) was among the nine fighters to be let go by Bellator on Friday. The 36-year-old had most recently competed this past October where he suffered a split-decision loss to Henry Corrales in his featherweight debut. That setback had marked the Minnesota natives sixth in his past eight fights overall.

The other seven fighters who parted ways with Bellator on Friday were as follows:

Bellator is set to host their next event on May 7 in Uncasville, Connecticut. The event is headlined by a bantamweight title fight featuring reigning champion Juan Archuleta taking on Sergio Pettis.

Also featured on the card is light heavyweight tournament quarterfinal fight between former UFC title challengers Yoel Romero and Anthony Johnson. The winner of that contest will go on to challenge reigning division champion Vadim Nemkov.

Where do you think we will see MMA veterans Roger Huerta and Brandon Girtz compete next now that both fighters have parted way with Bellator? Share your thoughts in the comment section PENN Nation!