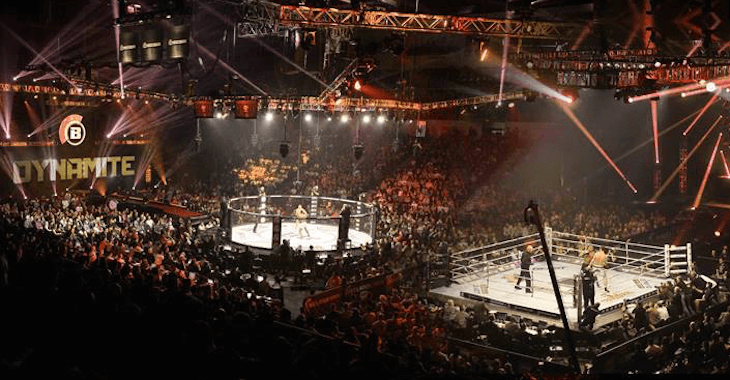 We already knew that Bellator MMA’s ‘Dynamite’ would be breaking new ground and featuring both a Bellator cage and a GLORY kickboxing ring in the same venue, with fights for each sport taking place throughout the night.

However it was unsure just how the logistics of that would work. Now, we know that Bellator will in fact have both MMA fights and kickboxing matches going on at the same time during the event.

The simultaneous action will only take place for a handful of fights, on the night’s preliminary card.

These are the fights that will take place both in the cage and in the ring simultaneously:

So it looks like there won’t be a lot of action going on at the same time, but still, Bellator’s looking to take full advantage of the cross promoted event.

Will you guys be tuning in?