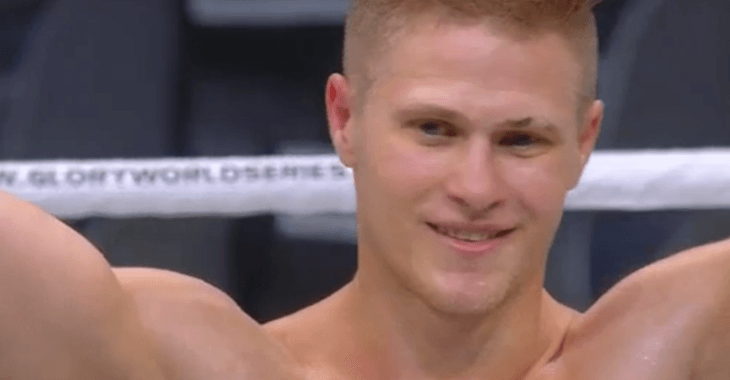 There was a big of a feeling out process at the start. Adamchuck landed first, then it was Anvar who landed a heavy body kick. Both of these guys were very technical. It was Anvar who seemed to be walking Adamchuck down, plotting forward. They clinched briefly a few times. Anvar’s pace was pretty slow, but he kept the pressure on.

In the second, Adamchuck landed two back to back lightning fast combos. Adamchucl continued to land with his punches, showing some really nice boxing. They clinched, throwing knees. Adamchuck kept landing big punches with super speed. Big head kick landed for Adamchuck right at the end of the round and threw a flying knee as the bell rang.

Adamchuck was on fire, landing beautiful punch-kick combos. Anvar just kept a steady pace, moving and looking to counter but not really finding success with that. Adamchuck was simply outboxing him. Adamchuck’s speed was impressive and really pulled away in the second round.