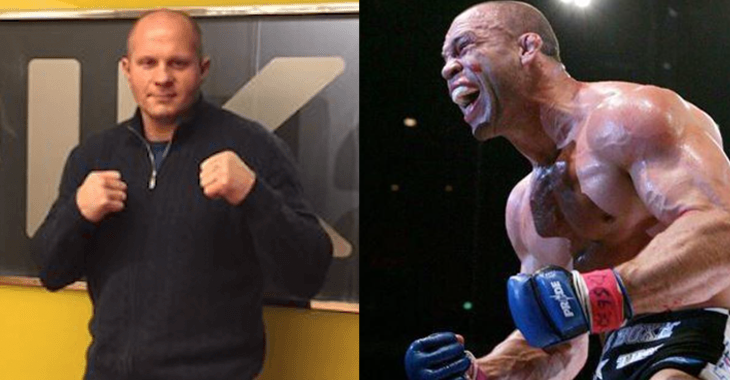 Once widely considered the greatest mixed martial artist on the planet, Russia’s Fedor Emelianenko has fallen off pretty severely over the last few years.

First, he experienced three consecutive losses under the Strikeforce banner, falling to Fabricio Werdum, Antonio “Bigfoot” Silva, and Dan Henderson. Next, he scored three wins over less than stellar competition, before retiring for several years. Then, in late 2015, he made a massively hyped comeback, first crushing an overmatched Jaideep Singh under the Rizin FF banner, and then battling a hot and cold light heavyweight in Fabio Maldonado to a controversial majority decision – which was later ruled a draw.

Despite the turbulence of his recent career, however, Emelianenko remains a massive draw, capable of pulling in viewers by the hundreds of thousands. As such, he remains one of the most sought after fighters outside the UFC. A recent report that the Russian legend been offered $2 million USD to compete at Rizin’s end-of-year event is all the proof of this claim you need.

These reports first emerged from Russian outlet izvestia.ru (via BloodyElbow.com). Though this source did not name an opponent for this potential Fedor bout, it did suggest that former Pride champion Wanderlei Silva was a possibility.

Brazil’s Silva has spent the last few years on the shelf after a PED-related SNAFU with the UFC and subsequent falling out with the organization. Since then, he has signed a multi-fight contract with Bellator MMA, though that contract would allow him to compete under the Rizin banner. We last saw him in action in 2013 when he knocked out Brian Stann in an unforgettable brawl – though he did participate in a strange tag-team grappling match in Rizin in April of this year.

Fedor, meanwhile, is currently training alongside his “Fedor Team” in Stary Oskol, a small city in Russia’s Belgorod Oblast.