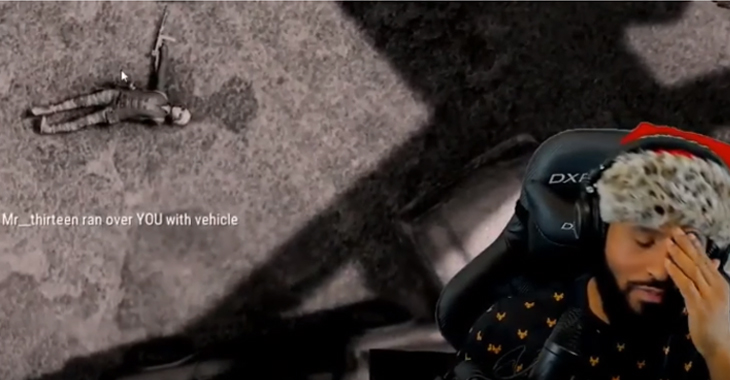 There were no fights. Old Man Winter was nipping at everyone’s ears. The stockings were hung on the mantle. Hopefully, all the shopping was done and you were ready to sip hot cocoa with your loved ones and wait for Santa. That sounds like a great way to spend the holidays. However, some people spent it getting shot at by Demetrious Johnson. On Christmas Eve and Christmas Day, Johnson hooked up with his Mighty Squad and hit PlayerUnknown’s Batllegrounds.

From hiding behind doors playing a brutal version of a game from The Price is Right, to sniping people while sporting a Santa hat, Mighty Mouse had his share of literal hits and misses during his festive streams. The highlight of the video is his stand on the bridge, picking off players and they try and drive down it. That is, until he was ran over.

“I ain’t gotta do anything. They came to me. They come to troll avenue. Open 24/7, baby. When it’s a bridge game, you can find my black ass on it. Waiting, lurking, mesmerizing. The blood I’m going to shed on this bridge. Try it. Get through. The bridge god has been appeased.” — Demetrious Johnson during his Twitch stream of PlayerUnknown’s Battlegrounds.

At one point, Demetrious Johnson drives past a nearly nude man jogging around the highway in just his boxers, helpless against any assault. Luckily Johnson stops like a gentleman, scoots over, and lets the defenseless man take over his motorcycle. It turned out to just be a clever ploy as Mighty Mouse opens fire on the player from the side car. That’s right, gamers. The UFC flyweight champion shows no mercy to people in the Octagon or on the internet. Hopefully we might be able to see Johnson in a real-life video game fight with UFC bantamweight champ TJ Dillashaw sometime in 2018.