UFC 212 is just days away as the promotion returns to Rio de Janeiro, Brazil on Saturday, June 3.

UFC featherweight champion Jose Aldo will fight in front of his home country as he takes on interim champion Max Holloway in the main event title unification bout.

Holloway is joined by fellow Hawaiian Yancy Medeiros who will be taking on Brazil’s Erick Silva in a welterweight bout. In the co-main event of the evening, top-ranked women’s strawweights Claudia Gadelha and Karolina Kowalkiewicz will look to make a statement for another shot at the title. 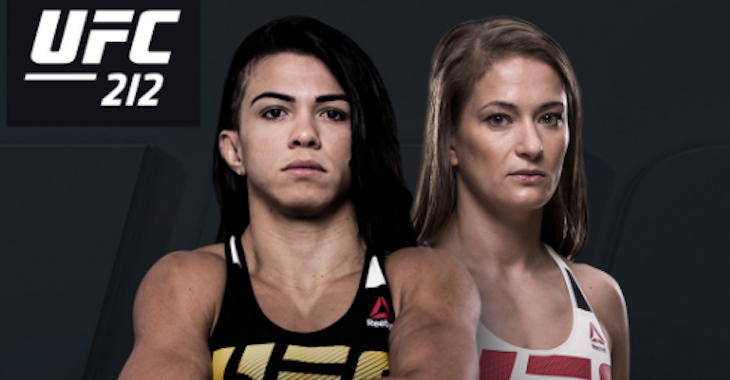 UFC Embedded brings you along with the stars from UFC 212 as they prepare for their fights during fight week.

On Episode 4 of UFC 212 Embedded, interim featherweight champion Max Holloway shares his packing secrets for traveling abroad and ventures on a go-karting outing; his fellow headliner and champion Jose Aldo reflects on what it takes to find – and keep – his passion for fighting. Former champion Vitor Belfort guides his sidekick through fight week, as competing middleweight Nate Marquardt keeps his sense of humor intact on the mats. Elsewhere in Rio, welterweight Erick Silva hits the streets, opponent Yancy Medeiros hands out chocolate, strawweight Claudia Gadelha talks about the rise of women’s MMA and her foe Karolina Kowalkiewicz looks forward to getting “fat and happy” after their fight. UFC 212 Embedded is an all-access, behind-the-scenes video blog leading up to featherweight title unification bout at UFC 212: Aldo vs. Holloway, taking place Saturday, June 3 on Pay-Per-View.

Which fights are you looking forward to seeing the most at UFC 212 this weekend? Will Jose Aldo and Max Holloway bring us the fight of the night? Who will walk away the undisputed featherweight king? Let’s gets your predictions in the comment section!