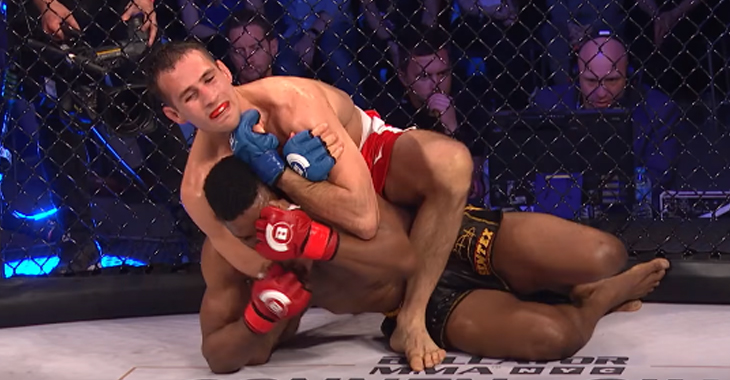 There’s an unofficial ‘Most Violent’ title going around the UFC, but it feels wrong to have that in contention when Rory MacDonald is in Bellator. One of the top welterweights in the world enjoys fighting so much, he even welcomes a defeat, as long as it is bloody and brutal. You have to have a very special brain to call what happened in the fight with Robbie Lawler one of the best moments of your life. That’s just how MacDonald is, he is a killer. It’s that type of mindset that the cerebral assassin is looking to release once again in the Bellator cage. This time though, it’s for a title.

“Getting to beat someone up and to unleash what’s inside of me, that’s what I like. That’s what gets me up and excited. Look at what I did to Paul [Daley] and look at the fight [Douglas Lima] had with Paul. I do feel that Douglas is better on the ground, so when we get there I feel like I’m going to be able to showcase my found and pound more and my jiu-jitsu a lot more than I did against Paul. Where it was me just schooling Paul, I think it’s going to be more of a battle.”

“You’re going to see more openings and that’s where I’m really going to shine. A lot of the things I do come off transitions that people generally like to do and I’m going to make him pay for it. I’m just going to be honest: Those guys are A-level fighters, I’m not knocking them, but there’s a big difference between A-level fighers and +A-level fighters. And that’s what I am. In 2018, Bellator is going to expect me to be a two-division champion. I’m going to bring the action, that’s for sure.” — Rory MacDonald in Bellator’s newest installment of of Sitdown.

If the date of Rory MacDonald’s Bellator welterweight title shot against Douglas Lima looks familiar, it’s because UFC 220 is on the same night. While people will no doubt tune in to see Stipe Miocic and Francis Ngannou slug it out in the main event to determine the baddest man on the planet, MacDonald will be over at Bellator 192 proving he’s still one of the most devastating welterweights in the world. Not just a violent fight though, but an A+ violent fighter. It all goes down January 20th at The Forum in Inglewood, California.