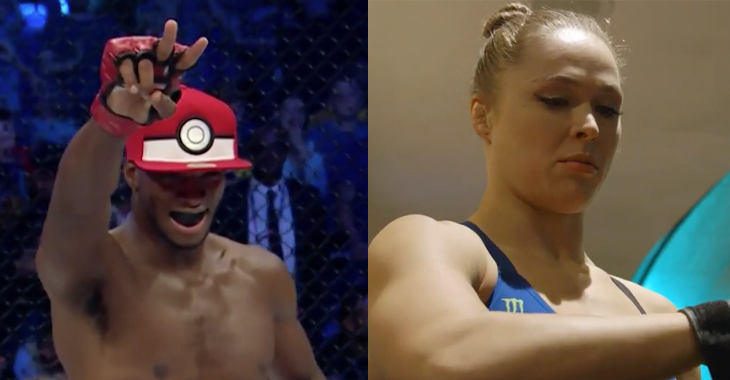 The flashy Bellator fighter took to social media the day after UFC 207 where he made a song and dance mocking Rousey getting punched in the face with his “Do the Rousey” video. Page went as far as to ask fans to do their best version of the dance and created a hashtag campaign for it all.

Page didn’t stop at that as he posted another video clip on Monday of Nunes vs. Rousey with the audio from Rousey’s corner.

Page said the following in his tweet with the video:

When you get coached by your………….
"FRIENDS"😉😉
Great Advise 😑#headmovement#pivot#shutupshutupshutup@amanda_leoa pic.twitter.com/ibrrTjo93J

Despite having to face a ton of criticism after losing when you are as big of a star as Ronda Rousey is, UFC President Dana White said following the fight that she is obviously down from her loss but stated that this one against Nunes isn’t stinging as bad as her first professional MMA loss against Holly Holm.

“Obviously she is so competitive,” White said on the UFC 207 post-fight show. “She is devastated but she is a lot better than she was during the Holly Holm fight. Obviously, she is upset but she has a lot of support with her and I think it is going to be better than the Holly fight.”

What are your thoughts on Michael “Venom” Page’s social media posts mocking Ronda Rousey immediately after the loss? Is it gaining him more fans or do you think more people are put off by his posts? Let us know what your thoughts are in the comment section!