UFC middleweight champion Michael Bisping, Eddie Bravo, and many other mixed martial arts fighters, analysts, and personalities were in Las Vegas for the UFC 209 event and also the Fighters Only World MMA Awards that took place just before the weekend.

You may have heard about Bisping and Bravo’s argument that they got into after the awards event on Thursday night and video has surfaced of some of their exchange where the UFC middleweight champion is seen extremely upset. 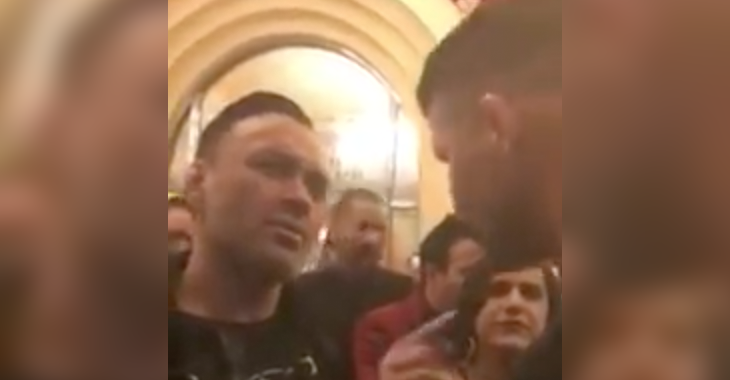 Bisping with a cup in hand later tells Bravo, “You have no idea what you’re talking about.”

UFC veteran Ben Saunders gets in the mix and gets in between the two men to try and ease the situation.

Interestingly, Michael Bisping showed up late on Friday to his press conference where he and his next opponent Georges St-Pierre hyped up their upcoming fight. St-Pierre accused Bisping of being drunk and said he smelled like alcohol during their face off.

What are your thoughts on the exchange between Michael Bisping and Eddie Bravo? Could it have been the drinks that lit the fuse or was it just some miscommunication? Sound off in the comment section!