Ever wish you could step into a ring or cage with a bit of armor on to reduce some of the damage?

Here is your chance! However, in M-1 Medieval Knight fighting you may also get hit with a sword and bashed repeatedly on your head by your opponent’s shield. 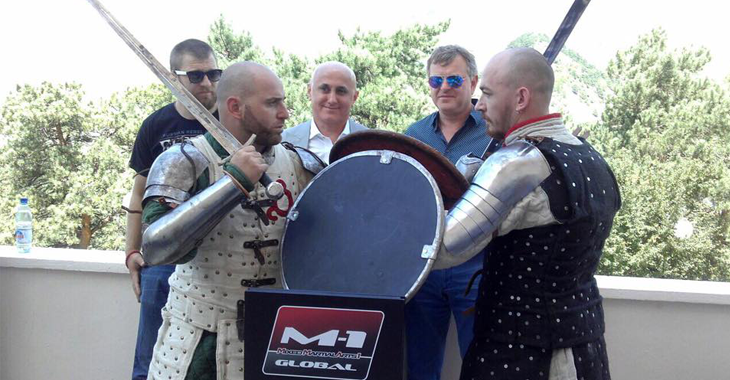 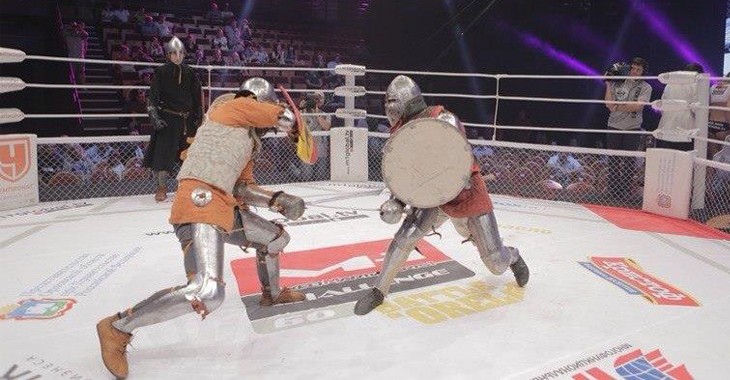 Now This also did a short video description of how the new sport came together.

Knight fighting is a vicious sport and is “basically a medieval version of MMA,” according to the video. The video also says the athletes fighting in the ring use blunted 5 lb swords to hit one another and wear over 40 lbs of armor. It also states that the medieval matches originally started as an entertainment match between Russian MMA fights but the President of M-1 Global realized the potential and interest there was in what they were doing with the new medieval matches. Now there is an official league for medieval fighters.

What are your thoughts on the fighting knights and this insane video of what they claim has been, “the hardest KO at M-1 Medieval”? Be sure to share this with some of your friends that can’t get enough “Game of Thrones” action!