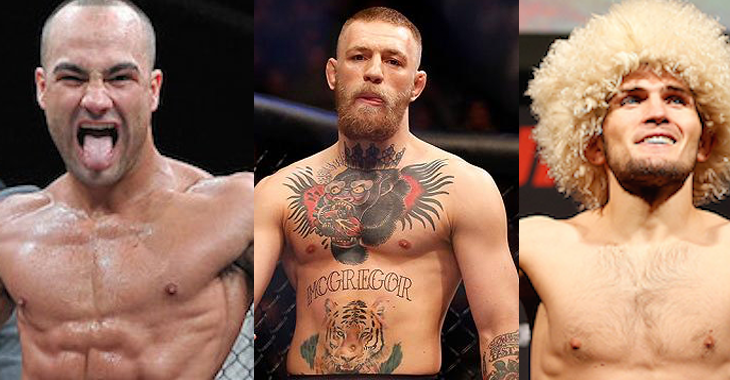 Joe Rogan had Joe Schilling and Yves Edwards on his “Joe Rogan Experience” podcast recently and spoke about Conor McGregor’s opponent in his first fight in the UFC lightweight division, the champion Eddie Alvarez.

“Eddie Alvarez is a f–king savage,” Rogan said. “He really is.

“You watch the Rafael dos Anjos stoppage. Holy shit. The combination he hit him with, I mean and the sheer amount of punches he threw, the barrage it took to put him away. I mean, he had some f–king serious endurance to press the pace like that.”

“Everybody in that weight class is so close [in skill],” Edwards said.

Rogan asked, “But, what about Nurmagomedov? Because Khabib rag-dolled everybody that he’s gotten in there with. That’s the one guy you can’t say he’s close with because everyone that guy has gotten a hold of he’s beaten the f–k out of. That guy is special. Nurmagomedov is special.”

Rogan and Edwards went on to praise Nurmagomedov and his abilities but then went over a weakness that has present in the undefeated 23-0 Russian.

“But the other thing about Nurmagomedov is that he gets injured a lot,” Rogan said. “And you gotta wonder, is it because of that insane f–king aggressive style of his that makes it so fun to watch him, is that kind of like red-lining your body too much?”

Is the competition in the UFC lightweight division something Conor McGregor is ready for? Sound off in the comments!