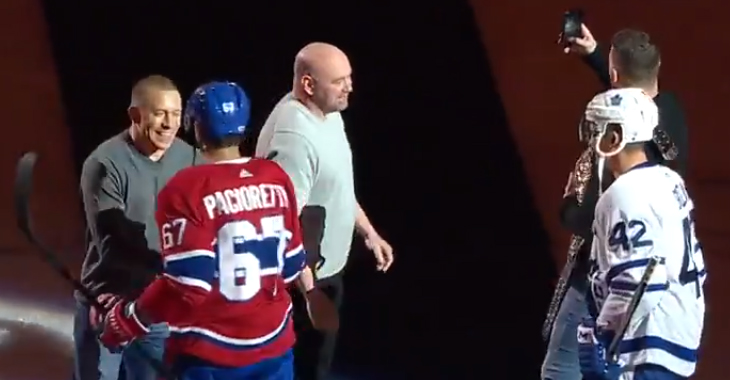 Crowds were deafening last night at the Bell Centre in Montreal, Quebec. It’s the same arena that Georges St-Pierre defended the UFC welterweight title against Josh Koscheck, Carlos Condit, and Nick Diaz. As soon as he walked out, it was clear he’s still a Canadian mega star. The audience welcomed its UFC prizefighter as he arrived to drop down the puck for the Toronto Maple Leafs/Montreal Canadiens game. His opponent Michael Bisping, predictably did not get the same treatment.

Could this be the beginning of an MMA fire being lit back underneath Canada for the UFC? With Rory MacDonald gone, the biggest Canadian names in the UFC are gone. Georges St-Pierre has said if he loses, he’ll retire. But what if he wins? How long will the former welterweight champ stick around? He’ll challenge Michael Bisping for the UFC middleweight title at Madison Square Garden on November 4th. If he manages to win, he’ll be cemented as one of — if not the — greatest of all time.