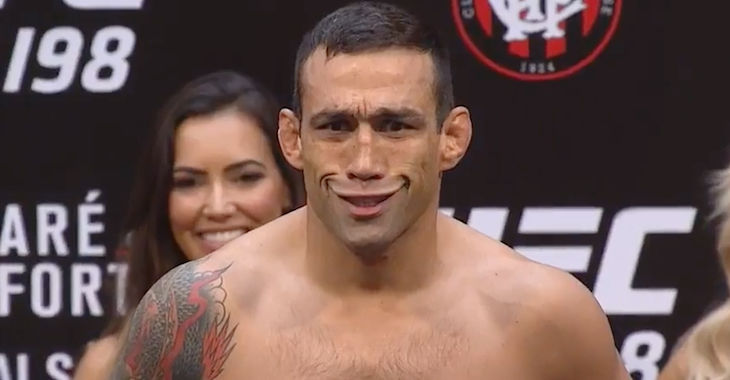 The win marked the second time that Werdum had defeated Browne in the past 30 months, having scored a decision victory over “Hapa” previously in April of 2014.

While the fight itself was deemed lack luster by most fight fans and analysts, the beginning of the bout was nothing short of awesome as the former champ, Werdum, opened up the contest with a flying side kick that connected.

Check out this awesome compilation of the kick from @TalkMMA:

Following his victory over Browne, Werdum stated that he hopes to fight current UFC heavyweight champion Stipe Miocic for the title in his next octagon appearance.

Werdum and Miocic first met at UFC 198 this past May in Brazil, with Stipe earning a first-round knockout over the Brazilian submission specialist.

However, UFC president Dana White was not overly impressed with Werdum’s UFC 203 performance, saying that he did not think it was not worthy of a title shot at yesterday’s post-fight press conference.

“Big” Ben Rothwell, who was supposed to fight Werdum at yesterday’s UFC 203 event before suffering an injury, still seems quite interested in having a match with the former UFC heavyweight champion.

Who would you like to see Fabricio Werdum fight in his next octagon appearance? Sound off PENN Nation!