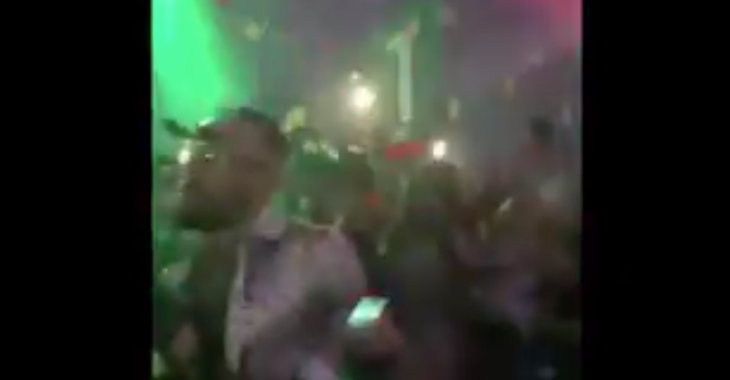 UFC lightweight champion Conor McGregor may currently be sidelined until the birth of his firstborn son in May, however the lightweight champion recently was tagged in several posts where he can be seen doing everything from partying it up in Liverpool by shooting money out of a canon, and then hiding in a tree house.

Check out the footage below:

Doors Open In 1 Hour Tonight's Party Is Gonna Be On Another Level….💯 Liverpool…. THE KING HAS ARRIVED 👑 @thenotoriousmma #LetsDoThis

The Social Media & Our Phone Have Gone Into Complete Meltdown….🙊🔥🔥🔥 Tonight's Party With @TheNotoriousMMA Is Gonna Be On Another Level!!

Connor mcgregor in a tree house thou 😂😂😂😂😂 I love him #3daybender pic.twitter.com/ky3rO6Dn1Y

Calm down, calm down… I'm here all week.

While McGregor is currently on the sidelines ahead of his the birth of his child, UFC President Dana White recently revealed that after McGregor’s son is born, he will be sitting down with the lightweight champ to hammer out the details of a potential boxing superfight with Floyd Mayweather.

White also revealed that he believes that he almost feels obligated to help McGregor make the Floyd Mayweather fight official, so as to benefit from the life changing payday given his willingness to step up and fight on UFC cards on short notice despite opponent changes, as he did at UFC 189 where he defeated Chad Mendes on short notice, and UFC 196 where he fought Nate Diaz on short notice.