Despite numerous conflicting reports regarding the status of a boxing match between UFC superstar Conor McGregor and undefeated prizefighter Floyd Mayweather, Conor McGregor has continued to remain elusive, remaining out of the public eye while managing to avoid any potential interviews.

That changed this week however, when McGregor walked Ireland’s very own Michael Conlan out for his professional boxing debut, where he picked up an incredible win in front of a sold out crowd of over 5000 people. 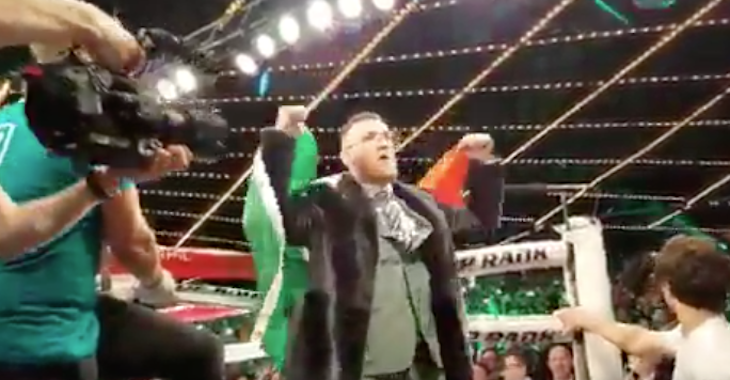 McGregor then turned his attention to media members and boxing promoter Bob Arum, as he made several statements regarding his potential scrap with Floyd Mayweather, as well as his potential future in boxing, saying:

McGregor then continued in a separate video interview the same evening, saying: