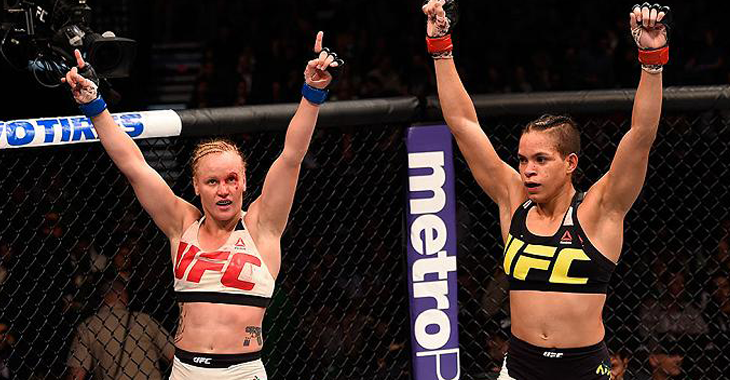 It hasn’t been that long since Valentina Shevchenko’s absolute domination of Priscila Cachoeira at UFC Belem. It was her flyweight debut and she used that as an alarm siren to every 125-pound woman on the planet. She wasted no time at all calling out the champion Nicco Montano, but there has been nothing but crickets. She had since spoken to us about her impatience with Montano and now it seems it has reached a boiling point. Shevchenko scolds her in this recent interview and says it’s not becoming of a champion.

“I heard that [Nicco Montano] already started to train, so I was thinking like, from now it’s about, like, how many months? Three, four months? It’s enough time to be in good shape and good preparation, so let’s see. Still, like, I haven’t heard too much from her, but I hope she will talk soon and hopefully she will accept because I don’t see another [option for an opponent], I just see my next fight for the title with Nicco. She won it a few months ago, but she has to move forward and she has to defend it. And like I said, there is no way to be so quiet and don’t say nothing.”

Waiting on the date for my next fight.
Would be happy to come back to Chicago again ! #UFC225 June 9 #Chicago #125 #FightForTheBelt @danawhite @ufc @Mickmaynard2 pic.twitter.com/zdZKpkC93E

“If you are a champion you have to speak with people, you have to respond. Doesn’t matter how you feel right now. Even if you’re like, she has injury or something like that, she has to talk something and speak, because it’s not good for fans just to be so quiet and not say nothing. I think fans really deserve to hear something. [Becoming a two-division champion] is my plan and this is what I would like to have. And for now, I really like want to have a few fights in flyweight division to do like best things in here. And how I said every time, I’m saying that I have unfinished business with Amanda [Nunes], and even after the last fight I know exactly that she didn’t want this fight and I’m not lost it. I would love to fight her again just to make all things right.” — Valentina Shevchenko speaking to Submission Radio.

Valentina Shevchenko calls for her title fight with Nicco Montano at UFC 225, which has just received Yoel Romero and Robert Whittaker’s rematch for the UFC middleweight belt. Shevchenko’s potential women’s flyweight title scrap would sit nicely as a co-main event. Her endgame is to capture flyweight gold and then move back up to challenge Amanda Nunes for the bantamweight strap to end their trilogy. Shevchenko has lost each fight with Nunes so far by close decisions.