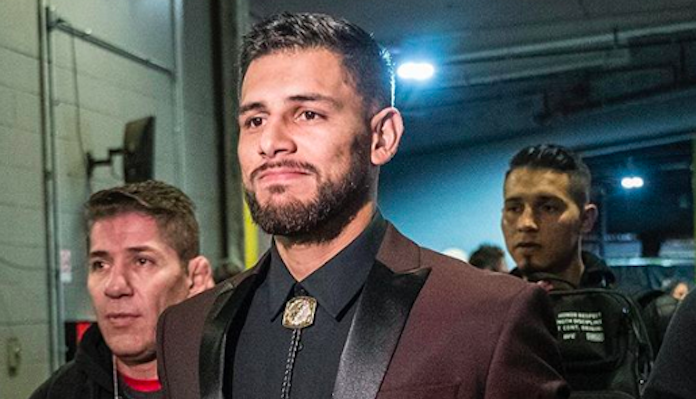 The pair met again in the co-main event of UFC Boston last weekend, with plenty of animosity between them. In the end, Rodriguez won this fight by decision, though Stephens certainly didn’t make it easy for him.

After this three-round war, Rodriguez and Stephens’ rivalry seems to have been replaced by a mutual respect.

Speaking on Instagram after the UFC Boston card, Rodriguez gave his former nemesis some props, and called for a featherweight title shot.

“Despite all the bitterness that can become an experience, we always look for the positive side of things and improve as human beings,” Rodriguez wrote on Instagram (via MMA Mania). “I had a pending account against a great rival, I knew it would be a hard test in my career but I feel grateful and blessed by God for the opportunity to win this victory.

“My respects for this warrior who, despite all that happened before this fight at the end, showed respect and that this is only part of the ‘business’ business,” Rodriguez continued. “I only seek to face the best of the best in the division and I hope that UFC after nine fights for them, within which eight are victories, seven bonuses for fights and performances of the night, give me the opportunity to fight soon for a world title.”

The UFC featherweight title will next be on the line at UFC 245, when champ Max Holloway will attempt to defend the title against streaking contender Alex Volkanovski. Do you think Yair Rodriguez deserves a fight with the winner?