What’s next for Tom Aspinall and Alexander Volkov after UFC London?

In the main event of UFC London on Saturday, a pivotal heavyweight bout went down as Tom Aspinall took on Alexander Volkov.

Aspinall entered the fight being just 4-0 in the UFC and a relative unknown to many. He was coming off a TKO win over Serghei Spivac and also held a submission win over Andrei Arlovski. Volkov, meanwhile, beat Marcin Tybura his last time out, a win which was preceded by a decision loss to Ciryl Gane. This was also his sixth UFC main event.

In the end, it was Aspinall winning by first-round submission, proving he is the real deal in the process. Aspinall dominated the fight from start to finish and showed he belongs among the heavyweight elite while Volkov is now becoming a bit of a gatekeeper.

Following UFC London, here is what I think should be next for Aspinall and Volkov. 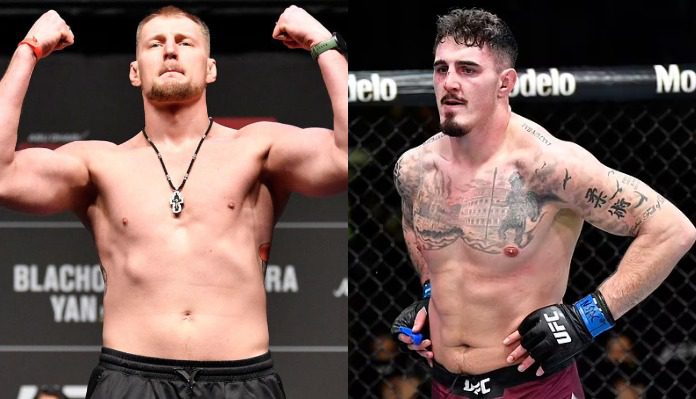 Tom Aspinall said he wanted to take a slow approach to his rise up the division but he also said anyone outside the top-10 he would beat easily. Well, he backed up those words as he dominated Volkov and beat him like no one else has.

After the win, Aspinall called out Tai Tuivasa which makes a ton of sense. Although Tuivasa wants Stipe Miocic, it’s uncertain if that will be next for him. If Miocic doesn’t take the fight, Aspinall vs. Tuivasa as a Fight Night main event and as a heavyweight title eliminator is the fight to make. Both men have entertaining styles and personalities which is why the UFC should book this fight for sometime in the summer.

Alexander Volkov is now just 4-4 in his last eight fights and likely earned gatekeeper status with his loss at UFC London. He has fought a ton of the top-ranked guys and still remains a big name in the division that can pose some problems for a lot of fighters.

Volkov can likely return in the summer or fall and when he does there are two fights that make sense. If Jairzinho Rozenstruik defeats Marcin Tybura at UFC 273 that is the fight to make. But, if Tybura wins, Volkov vs. Derrick Lewis 2 makes a ton of sense as both men are big names and currently out of the title picture.

This article appeared first on BJPENN.COM
Previous articleCody Brundage pleased to overcome adversity in comeback win over Dalcha Lungiambula: “I knew the first four minutes of the fight would be the hardest”
Next articleArnold Allen hits back at Israel Adesanya’s early-stoppage comments regarding Dan Hooker fight: “The man himself didn’t even complain”
© Newspaper WordPress Theme by TagDiv