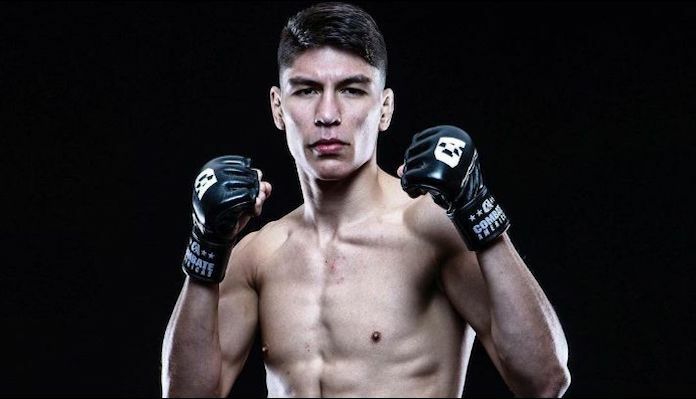 The 23-year-old Bahamondes took on Edson Gomez on the latest edition of the Contender Series in an action-packed welterweight fight. The first round saw both men land some big shots on each other, but in the second round, the youngster Bahamondes took it to Gomez and really made an impression for UFC president Dana White.

Just days after Anderson Silva retired from the UFC, Bahamondes did his best impersonation of Silva’s famous front kick KO on Vitor Belfort at UFC 126. In one of the best knockouts you’ll see all year in MMA, Bahamondes kicked Gomez in the chin with a brutal front kick that sent his opponent to la-la land. Check out the carnage below.

Bahamondes (10-3) is a veteran of both LFA, Island Fights, and Combate Americas. Since turning pro in 2015, Bahomdes has won 10 fights and lost just three, with seven of those wins coming by knockout. Although he lost just two fights ago in Combate, the UFC matchmakers saw enough in him to ignore that recent loss and get him on the Contender Series. Bahamondes made good on that, scoring the incredible knockout.

The most incredible thing about the Bahamondes KO is that he wasn’t the only fighter to score a front kick KO on Wednesday’s edition of the Contender Series. In featherweight action, prospect Luis Saldana knocked out Vince Murdock with not one, but two brutal front kicks and follow-up strikes on the ground. You can check that knockout out below.

Are you excited to see Ignacio Bahamondes in the UFC?