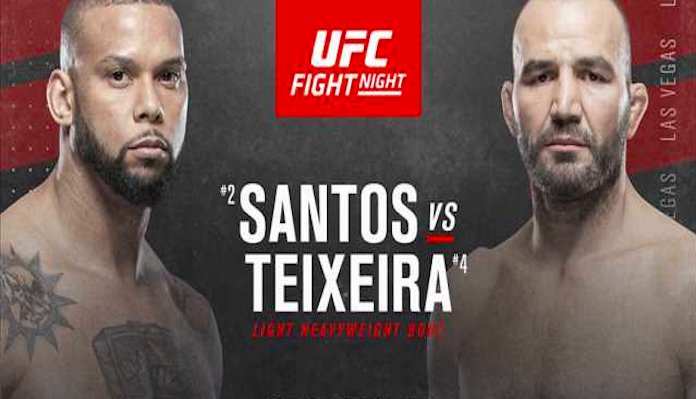 The Octagon remains in Nevada this evening for UFC Vegas 13, a fight card headlined by Thiago Santos taking on Glover Teixeira.

Tonight’s fight card was slated to feature a total of eleven contests. However, news recently broke that one of those slated bouts has been cancelled.

Brendan Allen was expected to square off with Ian Heinisch in a middleweight bout on tonight’s main card. Unfortunately, Heinisch has tested positive for the dreaded Coronavirus and thus is no longer able to compete this evening.

Allen (15-3 MMA) took to Twitter where he shared the disappointing news:

NO FIGHT TONIGHT! Opponent tested positive for covid so working on getting something else for next year. Thanks to everyone who helped me for this one, super bummed right now and just want to get home https://t.co/dNGzRn6grt

“NO FIGHT TONIGHT! Opponent tested positive for covid so working on getting something else for next year. Thanks to everyone who helped me for this one, super bummed right now and just want to get home.”

Brendan Allen and Ian Heinisch were expected to serve as the second contest of tonight’s UFC Vegas 13 main card.

A featherweight bout between Darren Elkins and Luiz Eduardo Garagorri is rumored to take that position at tonight’s event.

Who are you picking to win tonight’s UFC Vegas 13 fights? Share your picks in the comments section of this post PENN Nation!