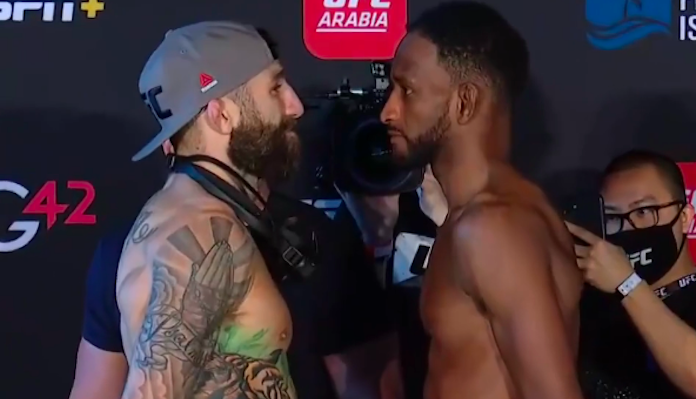 Main event stars Michael Chiesa and Neil Magny have both made weight for their UFC Fight Island 8 showdown on Wednesday night.

Both men are currently riding three-fight win streaks in the welterweight division with the belief being that a win here for either could take them to within one or two more victories of a shot at the Welterweight Championship.

As reported by MMA Junkie, both Magny and Chiesa made weight for UFC Fight Island 8, as did all other fighters slated to compete on the card. See the complete weigh-in results for the event below!

As you can see UFC Fight Island 8 goes down at a fairly unusual time, kicking of at 9:00am ET on Wednesday. Will you be tuning in for this weekday fight night from Abu Dhabi? Let us know your plans in the comments section down below.