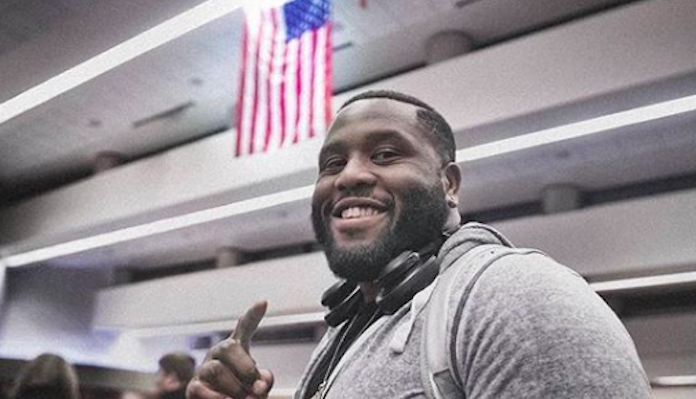 The UFC has parted ways with one of its top-15 ranked heavyweights, Justin Willis, according to a report from TSN’s Aaron Bronsteter.

The heavyweight was recently removed from the promotion’s official top-15 rankings and now we know why. Willis is now a free agent and free to sign with any other promotion.

The report stated that the UFC cut Willis after he told them he couldn’t fight Walt Harris in July on the UFC Fight Night San Antonio Card because he was not sure he could make the heavyweight limit of 265lbs. Harris will now fight Aleksei Oleinik, while Willis is looking for a job.

Justin Willis (8-2) went 4-1 overall in the UFC before getting his walking papers. He defeated James Mulheron, Allen Crowder and Chase Sherman in his first three UFC bouts before the matchmakers decided to give him a step up in competition. He then took on legendary heavyweight Mark Hunt in December 2018 and beat him by unanimous decision.

The victory over Hunt pushed Willis into the top-15 rankings and he then got the chance to fight Curtis Blaydes this past March at UFC Fight Night Nashville, where he dropped a unanimous decision. It was a lackluster performance by Willis, but evidently it was not the reason he got cut. Instead, he was released for turning down a fight against Harris.

Willis, a training partner of UFC heavyweight champion Daniel Cormier at American Kickboxing Academy, is now on the lookout for a new home. It’s likely that Bellator would take a look at him to help beef up its heavyweight division, while the Professional Fighters League (PFL) could also consider signing him as well. Willis previously fought for WSOF before it became PFL.

Then again, this could also turn into a Yair Rodriguez situation where cooler heads prevail and the UFC brings Justin Willis back eventually. But as of right now, he is a free agent.