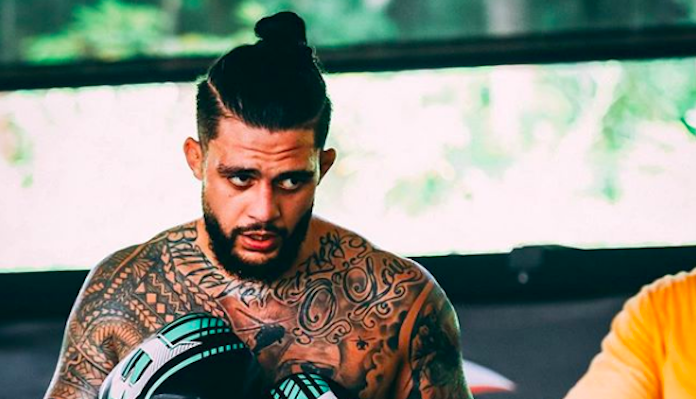 Three Australian fighters have been added to the card for UFC Auckland which will take place in New Zealand on February 22, 2020.

It was recently announced that Kiwi native and number 7 ranked lightweight Dan Hooker will face off against Paul Felder in the main event. Hooker has won six of his seven last bouts and solidified his credentials when he defeated Al Iaquinta in his last bout.

Jake Matthews, Tyson Pedro, and Ben Sosoli have now been added to the UFC Auckland fight card as well. They will be representing their home country of Australia in the Spark Arena in February.

Officials announced the news via social media on Wednesday.

Matthews (15-4) will collide with Norwegian fighter Emil Meek in a welterweight bout. The 25-year old made his UFC debut in 2014 and has tallied 8 professional wins in that time. He last fought Rostem Akman at UFC 243 in October and defeated him by unanimous decision.

Pedro (7-3) will be taking on Brazilian fighter Vinicius Moreira in a light heavyweight matchup. The Australian will be looking to vindicate his recent back-to-back losses against Mauricio Rua and Ovince St. Preux. His Brazilian opponent appeared in Dana White’s Contender Series but has lost all three of his UFC bouts since beginning in January 2019.

For Ben Sosoli, (7-2, 2 NC) he will be fighting Marcos Rogerio de Lima in a heavyweight fight. Sosoli also appeared on Dana White’s Contender Series, and The Ultimate Fighter. His appearance culminated in his first UFC fight debut against Greg Hardy in October 2020. Hardy’s use of an inhaler in between rounds resulted in a controversial No Contest ruling. This was the second consecutive No Contest fight for the heavyweight fighter.

UFC Auckland promises to be a night full of the best fighting talent from across the pond. The main card will air live on the ESPN+ streaming service. Stay tuned on BJPENN.com for all UFC Auckland announcements.