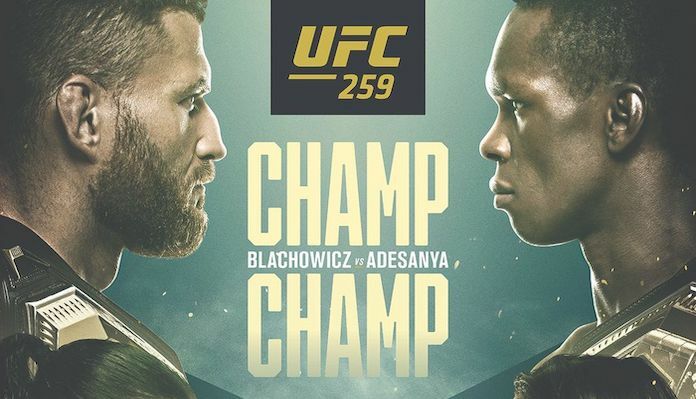 Meanwhile, Jan Blachowicz (27-8 MMA) will enter tonight’s UFC 259 headliner in hopes of earning his first career title defense. The Polish standout captured the promotions vacant light heavyweight title this past September, scoring a second round TKO victory over Dominick Reyes. That win marked Blachowicz’s fourth in a row, as he had previously defeated Corey Anderson, Ronaldo Souza and Luke Rockhold. 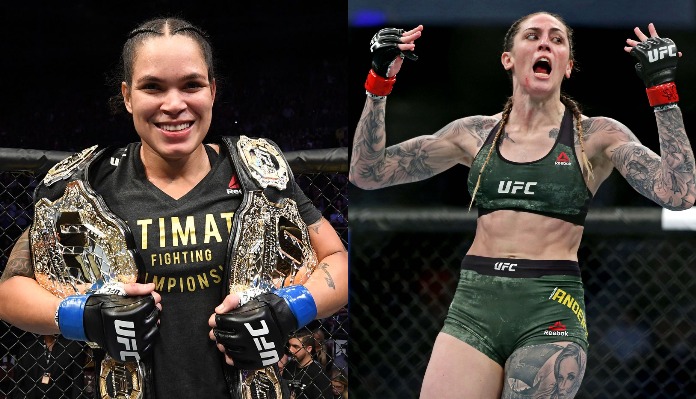 Yan (15-1 MMA) captured the promotions vacant bantamweight title at UFC 251 after scoring a fifth round TKO victory over MMA legend Jose Aldo. The win marked the Russian’s tenth in a row and seventh straight under the UFC banner.

Meanwhile, Aljamain Sterling (19-3 MMA) will enter tonight’s UFC 259 event on five-fight win streak, his latest being a first round submission victory over top contender Cory Sandhagen at UFC 250. ‘Funkmaster‘ has not tasted defeat since being starched by Marlon Moraes in December of 2017.

If that wasn’t enough to get you interested, tonight’s UFC 259 event also features the return of former bantamweight kingpin Dominick Cruz.

Cruz (22-3 MMA) has not competed since suffering a TKO loss to Henry Cejudo at UFC 249 in his bid to reclaim the promotions bantamweight title. ‘The Dominator’ last tasted victory in June of 2016, when he scored a unanimous decision victory over longtime rival Urijah Faber at UFC 199.

Amanda Nunes vs. Megan Anderson – Nunes def. Anderson via submission (armbar) in Round 1

Drew Dober vs. Islam Makhachev – Makhachev def. Dober via submission at 1:37 of Round 3

Kennedy Nzechukwu vs. Carlos Ulberg – Nzechukwu def. Ulberg via KO at 3:18 of Round 2

Sean Brady vs. Jake Matthews – Brady def. Matthews via submission (arm triangle) at 3:28 of Round 3

Amanda Lemos vs. Livinha Souza – Lemos def. Souza via KO in Round 1

Mario Bautista vs. Trevin Jones – Jones def. Bautista via TKO at :40 of Round 2

Who are you picking to win tonight’s UFC 259 main event between Israel Adesanya and Jan Blachowicz? Share your thoughts in the comment section PENN Nation!