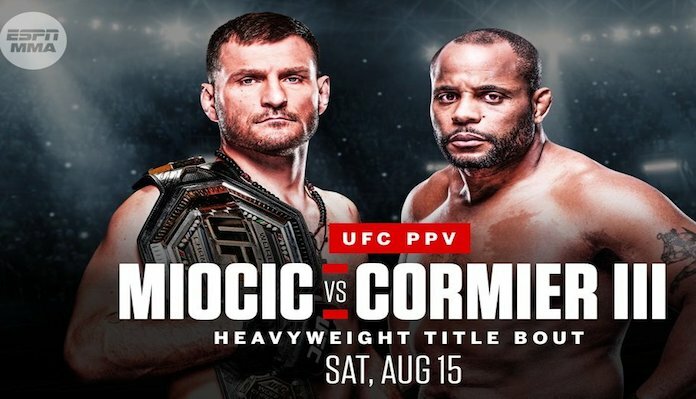 The Octagon remains in Las Vegas for tonight’s UFC 252 event, a eleven-bout fight card headlined by a trilogy bout between Daniel Cormier and Stipe Miocic.

O’Malley (12-0 MMA) was most recently seen in action at June’s UFC 250 event where he scored a sensational first round knockout victory over former WEC title holder Eddie Wineland. Since joining the UFC ranks in December of 2017, ‘Sugar’ has gone a perfect 4-0 including two stoppage victories.

Meanwhile, Marlon Vera (15-6-1 MMA) will enter UFC 252 looking to rebound, this after having his five-fight win streak snapped by Song Yadong via decision. Prior to the setback, ‘Chito’ had scored a miraculous five stoppage wins in a row.

Dos Santos (21-7 MMA) will enter tonight’s pay-per-view event looking to rebound, this after suffering TKO losses to Francis Ngannou and Curtis Blaydes in his most recent Octagon appearances. Prior to the setbacks, ‘JDS’ had put together a three-fight win streak, which included wins over Blagoy Ivanov, Tai Tuivasa and Derrick Lewis.

As for Jairzinho Rozenstruik (10-1 MMA), ‘Bigi Boy’ is coming off the first loss of his professional career to Francis Ngannou at UFC 249. Prior to the setback, Rozenstruik was riding a ten-fight win streak which included five victories in a row by way of knockout.

Get all of tonight’s UFC 252 Results and Highlights below:

Chris Daukus vs Parker Porter – Daukus def. Porter via TKO at 4:28 of Round 1

Who are you picking to win tonight’s UFC 252 fights? Share your predictions in the comments section PENN Nation!