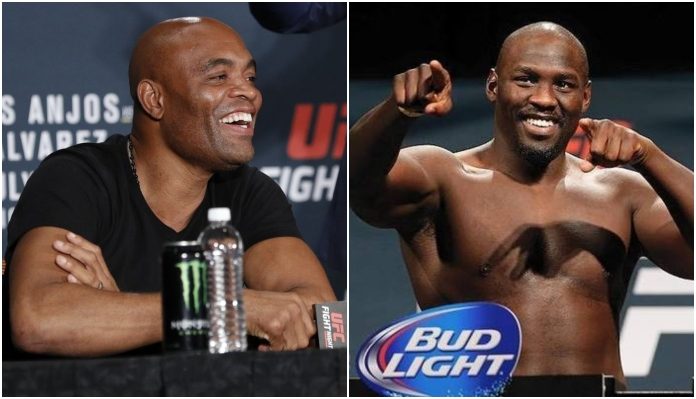 Silva was most recently seen in action in the main event of UFC 234 this past February, where he suffered a decision loss to newly crowned interim title holder Israel Adesanya.

Prior to the setback, ‘The Spider’ was coming off a unanimous decision victory over Derek Brunson at UFC 208.

Round one of the UFC 237 co-main event begins and Cannonier opens things up with a low kick. ‘The Killa Gorilla’ continues to fire off low kicks early. Another and then another. Jared with a right hand over the top. Another hard leg kick from Cannonier and Silva looked like that one hurt. Hard body kick from Silva. Cannonier replies with a low kick. The fighters clinch and Jared opts to break free. Silva with a front kick to the body. Cannonier with a jab. Anderson Silva with a left hand. Jared Cannonier with another low kick and Silva drops. This looks like a knee injury and the fight is done. The referee has waved it off. Silva is in all sorts of pain.

This is the last thing we wanted to see. Pray for Anderson Silva and his leg. 🙏 #UFC237 pic.twitter.com/k9kyNJJ2Bo