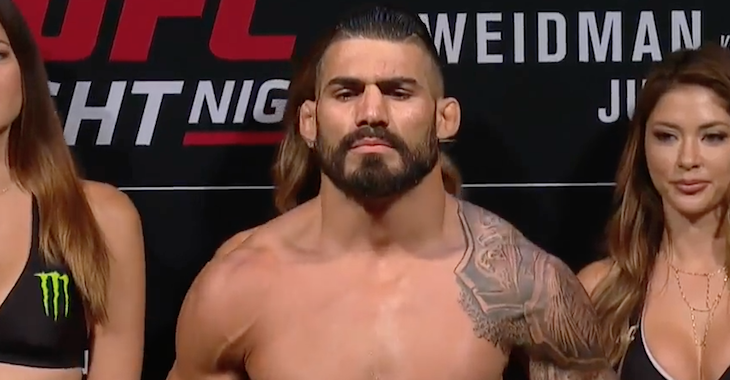 The former Bellator welterweight champion, Lyman Good, returns to the octagon for the first time since July of 2017 where he suffered a split-decision loss to Elizeu Zaleski dos Santos.

Prior to the setback, Good was riding an impressive five-fight win streak.

Round one of this UFC 230 fight begins and Lyman Good lands a heavy low kick to get things started. Saunders paws with his jab and Good fires off a high kick that misses. Ben Saunders lands a big kick to the body of Lyman. He pushes forward and misses with an attempted front kick. Lyman good presses forward and lands a pair of nice low kicks. Saunders circles and then throws a kick to the body. Good catches it and the fighters clinch up. Both men fire off knees while pitted against the cage. Saunders is throwing more strikes from the position. He lands a pair of good knees. Lyman good connects with an uppercut. He lands another and then another and Saunders crashes to the canvas. Good leaps on him with hammer fists and Ben is out cold. This one is all over. What an impressive finish for Lyman Good.