Mitrione (13-9 MMA) will be looking to snap his four-fight losing skid at Globe Life Field in Arlington. The former UFC and Bellator fighter last competed in July, where he suffered a TKO loss to Tyrell Fortune.

Meanwhile, Alexander Flores (18-3-1 Boxing) was last seen in action just over twelve months ago, where he suffered a first round knockout loss to Luis Ortiz. 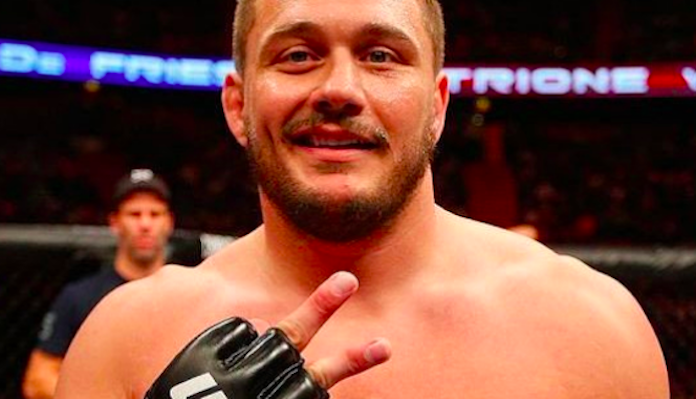 Saturday’s Triller Triad Combat co-main event proved to be a solid back and forth affair. Matt Mitrione utilized the clinch on frequent occasion but also found success while blitzing his opponent with flurries of punches. In round two, the former MMA fighter was able to drop Flores with an uppercut (see that below).

Matt Mitrione sends Flores down in the second #TriadCombat pic.twitter.com/w1zkugCwiC

A big flury and a beautiful uppercut from Matt Mitrione drops Alexander Flores in round two. #TriadCombat pic.twitter.com/60X0qgea1G

Unfortunately for Mitrione fans, Alexander Flores was able to shift the momentum in his favor in the later rounds, peppering a tired ‘Meathead’ with a number of good punches.

Alexander Flores takes a unanimous decision, did you agree with the scores? #TriadCombat pic.twitter.com/Oi9ayoLrSR

What did you think of tonight’s ‘Mitrione vs. Flores’ contest? Share your thoughts in the comment section PENN Nation!