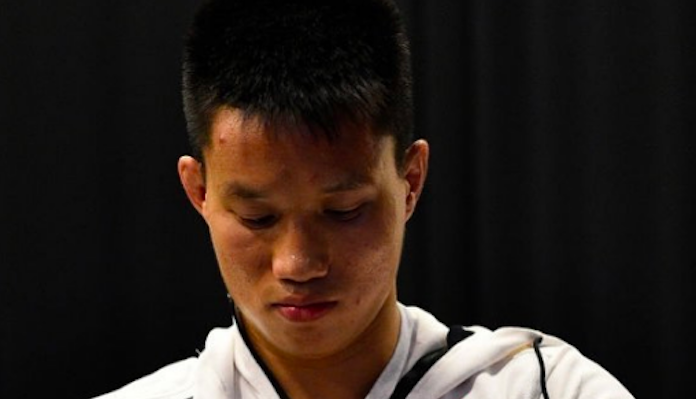 Another top flyweight has been released from the UFC. Shortly removed from the departures of Jared Brooks, Justin Scoggins, Roberto Sanchez, Jose Torres, Ulka Sasaki and of course, Demetrious “Mighty Mouse” Johnson, Ben Nguyen has also parted ways with the promotion.

Nguyen, who held the number 10 spot at flyweight in the latest UFC rankings, announced his release from the promotion on his Facebook page.

What a journey it has been! I want to thank everyone who has supported me since day one when I set out my goal to fight…

“What a journey it has been! I want to thank everyone who has supported me since day one when I set out my goal to fight in the UFC,” Ben Nguyen said in his post. “This is one of the toughest sports in the world, and like anything we have our ups and we have downs.

Unfortunately the down is that I have been released by the UFC.

I may not have had the opportunity to fight for UFC gold but I’m grateful to have fought for the UFC and shared the centre spotlight with many great flyweights. I have met a lot of great people and made heaps of friends throughout my time in the UFC. These are memories I will cherish forever.

I look forward 2019 and the new opportunities that may arise.”

As an Asian-American who lives in Australia and trains in Thailand, Ben Nguyen seems like the kind of fighter surging Singapore-based promotion ONE Championship will rush to sign — especially given that the promotion is hosting a Flyweight Grand Prix in the New Year.

Nguyen’s departure from the UFC is the latest bit of evidence supporting the widespread rumor that the UFC will drop the division in the New Year.

That being said, UFC President Dana White continues to assure he isn’t sure what the future holds for the division.

“We’re making some moves right now that make sense for us, and if somebody pops up that becomes a huge star and a super talented fighter, we’ll see what happens,” he added.

Where do you think we’ll see Ben Nguyen end up after his UFC release?