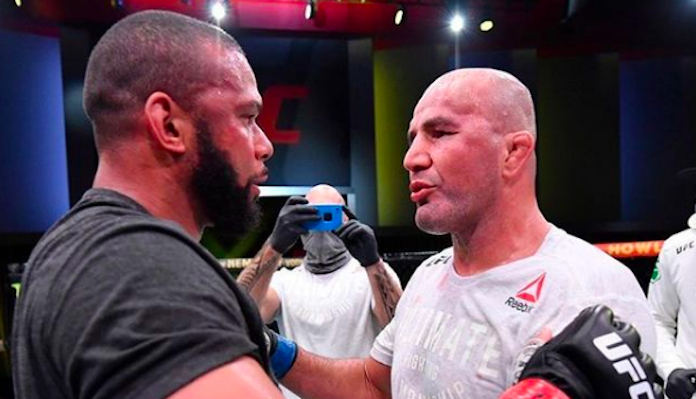 Santos and Teixeira collided in the main event of the card, which went down last Saturday inside the UFC APEX facility. While Santos entered this fight as a sizeable betting favourite, he ultimately came up short, succumbing to a submission in the third round.

This was of course not the outcome Santos wanted, but the knockout artist has been the picture of class in defeat.

Speaking in Monday morning Instagram post, Santos took the opportunity to praise Teixeira for his performance in their fight. He also shared his belief that his rival has earned a crack at UFC light heavyweight champion Jan Blachowicz.

I wanna say congratulations to my opponent @gloverteixeira ,he did what needed to do, he is a beast and so good guy, I learned a lot with that fight. I hop that @ufc give him the title shot, he deserve that. . 🇧🇷 Quero dar os parabéns ao meu adversário, @gloverteixeira , ele fez o que precisava fazer, ele é uma fera e um cara muito gente boa, aprendi muito com aquela luta. Espero que o @ufc_brasil dê a ele a chance pelo título, ele merece.

“I wanna say congratulations to my opponent @gloverteixeira, he did what needed to do, he is a beast and so good guy, I learned a lot with that fight,” Santos wrote. “I hop that @ufc give him the title shot, he deserve that.”

With his victory over Thiago Santos, Glover Teixeira is now on a five-fight win-streak in the perilous UFC light heavyweight division, having also recently defeated Karl Roberson, Ion Cutelaba, Nikita Krylov, and Anthony Smith. Do you think he deserves a title shot?