Sean O’Malley believes Jon Jones got ‘blacked out before every fight’ so he would have a ‘built in excuse’ if he lost the match.

Jon ‘Bones’ Jones (26-1 MMA) only loss came against Matt Hamill (13-8 MMA) way back in December of 2009, after he was disqualified for using illegal elbows.

Jones has not fought since February of 2020 at UFC 247 where he defeated Dominick Reyes (12-3 MMA) by unanimous decision.

Jones, 34, is now targeting a heavyweight debut fight against former champion Stipe Miocic (20-4 MMA). The fight is rumoured to be taking place in September of this year, but nothing official has been set by the promotion to date.

In a  recent episode of his ‘TimboSugarShow’, Sean O’Malley stated that the former UFC light heavyweight titleholder was blacking out prior to his fights. O’Malley claims he would do so in order to have an excuse should he lose the fight. 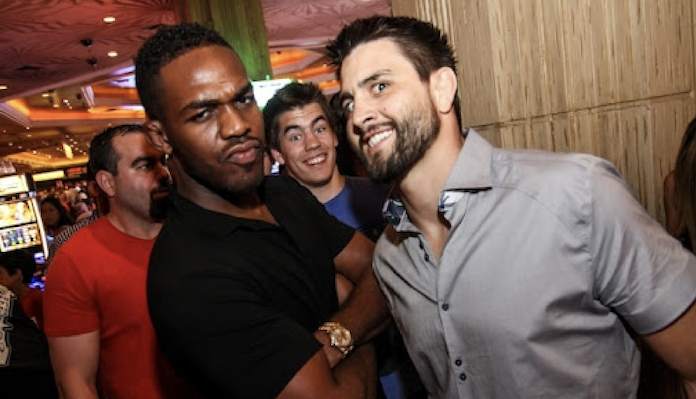 Jones has a reputation of consuming a lot of alcohol which has resulted in run-ins with the law. In the last ten years, Jones has been arrested four times, due to driving under the influence (x2), a hit and run case and domestic violence.

Following his latest arrest in 2021, Jones took to ‘Instagram’ saying:

“I have way too much trauma to consume alcohol, my brain simply can’t handle it anymore. I will leave alcohol in my past forever.”

“Turn this nightmare into the best thing to ever happen in my life.”

Joe Rogan interviewed Jon Jones back in 2016 where he admitted to getting blackout wasted saying:

“I literally would, one week before every fight, I would go out and I would get blacked out wasted. And my logic was, if this guy were to beat me somehow, I can look myself in the mirror and say, the reason I lost is because I got hammered the week before the fight.”

With a return to the Octagon after over 2 years, Jones hopefully has put his past behind him and will be ready to make a statement in his heavyweight debut.

Are you looking forward to a Jones vs Miocic fight?