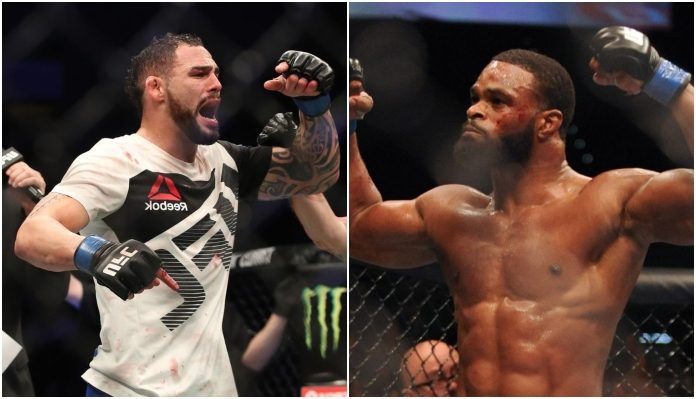 The welterweight division is about as deep of an MMA division as one could ask for. Currently, there happen to be three top 15 UFC welterweights with winning streaks within the organization that consists of seven straight wins or more. One of those streaks belongs to Argentina’s own, Santiago Ponzinibbio.

For the Argentinian, his last bout came in a home game when he put on a show for the Argentina faithful in his main event with Neil Magny. Notoriously hard to finish, Ponzinibbio would make things look easy as he dissected the perennial top 15er over the course of four rounds before landing the knockout blow.

Since then, Ponzinibbio has seemingly been on a crash course with the former lightweight champion, Rafael Dos Anjos. However, after going so long without the fight not materializing, Ponzinibbio is ready to move on to another former champion.

For Ponzinibbio, the bout with Magny was in November 2018 so it’s safe to say that he’s itching to get back in the Octagon.

As for the recently dethroned champion Tyron Woodley, he lost his title at the beginning of this month to Kamaru Usman in the UFC 235 co-main event.

Whether or not he’ll get the opportunity at Woodley next remains to be determined, but Ponzinibbio isn’t lacking any sort of confidence on his way to the top.

”I’ve done more than Tyron did when he first fought for the belt,” Ponzinibbio said. “I believe I’m ready to fight him. I will knock Tyron out and then I’ll fight for the title and knock Usman out. I will be the next welterweight champion in 2019.”