The Russian News platform RT made a significant blunder this week after using a photo of Ronda Rousey and Amanda Nunes to promote an video titled “Transgender athletes are DESTROYING women’s sport”. 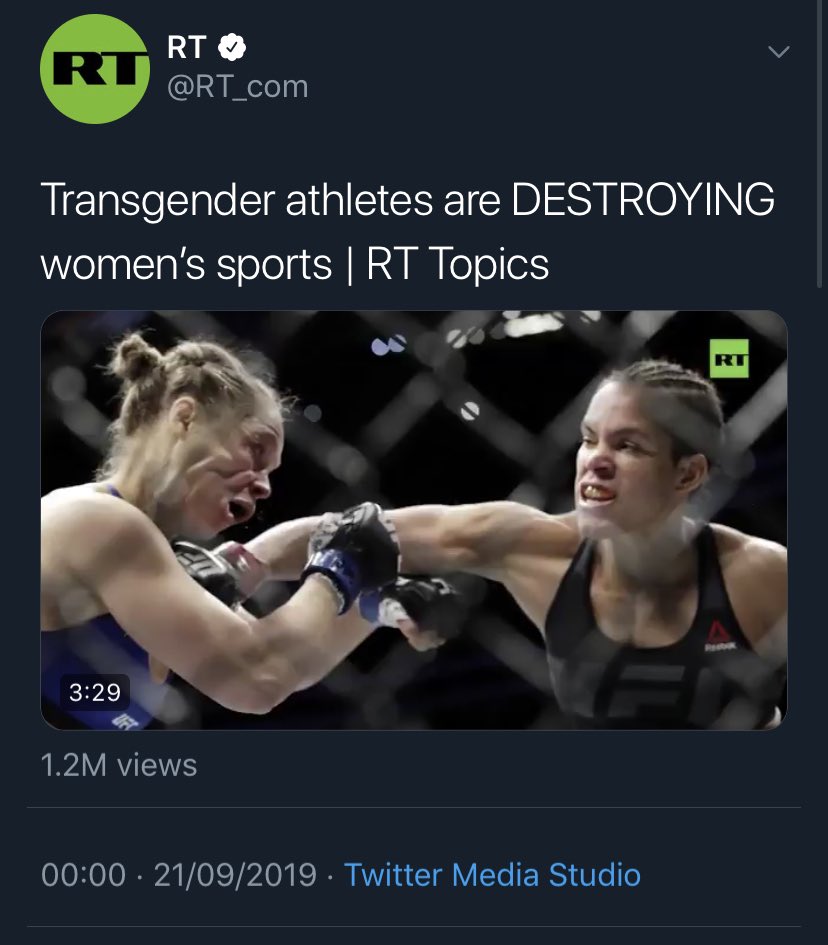 The Twitter post had over 1.2 million views. Once RT realized they had made a mistake, they were quick to apologize to Amanda Nunes and initiate damage control. They later uploaded a video with the caption:

Our video production team mistakenly used your photo in a video which had nothing to do with you. We sincerely apologize. RT greatly respects your achievements and legacy in the world of MMA#MMAGOAT”

Our video production team mistakenly used your photo in a video which had nothing to do with you. We sincerely apologize. RT greatly respects your achievements and legacy in the world of MMA#MMAGOAT pic.twitter.com/Y9vkeoBArk

Amanda Nunes currently holds the UFC featherweight and bantamweight titles. She last fought at UFC 239 in July when she dismantled Holly Holm in the first round and successfully defended her bantamweight title. Prior to that impressive stoppage win, she captured the UFC featherweight belt with a first-round destruction of the seemingly unbeatable Cris Cyborg. This was the victory that made her a two-division champion.

She will fight again at UFC 245, when she’ll attempt to defend her bantamweight title in a rematch with the streaking de Randamie. She intends to defend the featherweight strap thereafter.

The champ-champ has yet to respond to RT’s blunder.