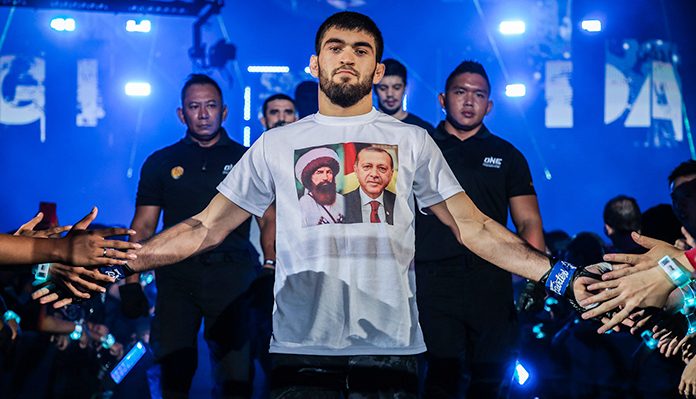 With only nine professional bouts on his resume, Saygid Guseyn Arslanaliev isn’t a household name in the world of mixed martial arts. However, after 13 October in Tokyo, the man known as “Dagi” to some could see his popularity jump exponentially.

Arslanaliev will be a part of one of the most significant martial arts events in history. In the most high-profile match of his career, the 24-year-old from Dagestan has a chance to win the ONE Lightweight World Grand Prix.

The Alvarez-Arslanaliev match is one of three Grand Prix finals scheduled for the event, which is called ONE: CENTURY PART I. The event is so big, it had to be divided into two sessions. The first 11 bouts take place at 9 am local time and will be broadcast live on United States primetime via TNT. The evening session which features another 11 matches starts at 5 pm. Arslanaliev vs. Alvarez is one of the jewels of the first session.

While Arslanaliev has smashed his way through all of the competition, Alvarez presents a different type of challenge.

Few, if any have accomplished what Alvarez has in the sport of mixed martial arts. With those accomplishments comes a mystique that could be intimidating to some.

Here is what Alvarez must do if he is going to pull off the biggest win of his career. 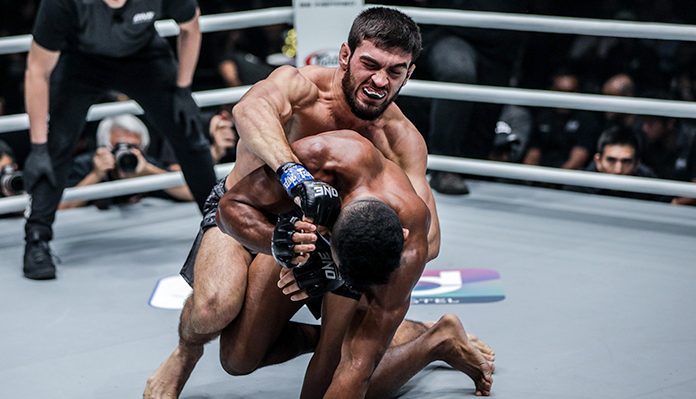 Compete Against the Man and Not the Name

No matter the number of world championships Alvarez has won, he’s still a man in the ring competing. Arslanaliev may have to tell himself that if he has any moments of doubt ahead of the biggest match of his career. He’s run out to an 8-1 record as a pro, and his only loss was the result of a disqualification. Still, none of his opponents have Alvarez’s resume.

In reality, Alvarez has lost two of his last three matches. He was a hair away from a three-bout losing streak before he scored a miraculous comeback win over Eduard Folayang in the semifinals of the Grand Prix. Arslanaliev has been better of late, and that’s what should matter more than career accomplishments and experience.

Confidence may not be a problem at all for Saygid Guseyn Arslanaliev. In fact, he may have to guard against being too amped or overly confident. If he rushes in for the finish, he will leave himself open to counter shots.

Alvarez is still a powerful striker capable of making an opponent pay for making a mistake. Arslanaliev must be poised and calm enough to allow the stoppage to come to him if the opportunity is presented.

Trying to force the issue could backfire on him against such a seasoned opponent.

The one thing we haven’t seen yet from Arslanaliev is a deep gas tank. We can’t say he has stamina issues because he hasn’t been tested. This has been the case because he’s finished all but one of his opponents in the first round.

That sort of finishing rate can be a gift and a curse. It looks great to dominate the opposition, but an athlete never knows how well they will perform if pushed to the limit.

There is only so much that can be found out in this area during sparring and conditioning. An athlete learns a lot about their ability to conserve energy once they have their first true test that goes into the later rounds. 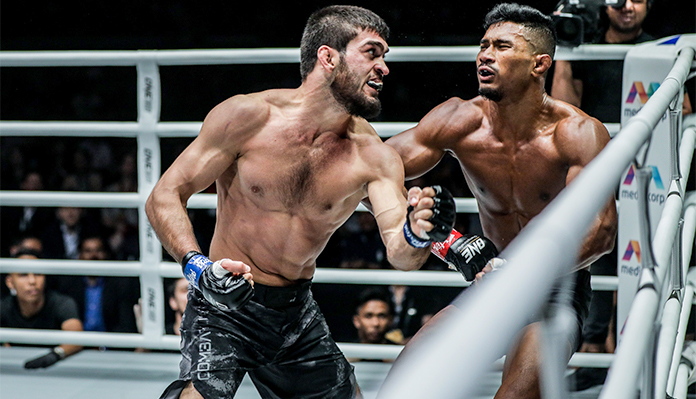 There is a good chance Alvarez may want to drag Arslanaliev into deep waters to test his heart and stamina. If Arslanaliev cannot get Alvarez out of the match early, he’ll have to be ready to go the full five rounds if needed.

Use Every Aspect of His Game

Saygid Guseyn Arslanaliev has been smashing most opponents with his striking, but he has more in his toolbox than punches, kicks, knees, and elbows. Chances are, he may need them against a well-rounded opponent like Alvarez.

In recent matches, Alvarez has gotten away from his grappling, and that approach hasn’t served him well. In fact, he reminded himself to get back to Jiu-Jitsu prior to his match with Folayang, and it was that approach that wound up rescuing him.

Arslanaliev must be prepared to handle Alvarez wherever the match goes, and that means taking an advantageous position on the canvas if that’s the opportunity that is presented. Neither man can afford to fall in love with the idea of winning by KO.

There is a unique tournament belt and a title shot on the line. For Arslanaliev, the beginning of what could be a great legacy is in the balance. He has to win, period.